We fret about words, we writers. Words mean. Words point. They are arrows. Arrows stuck in the rough hide of reality. And the more portentous, more general the word, the more they also resemble rooms or tunnels. They can expand, or cave in. They can come to be filled with a bad smell. They will often remind us of other rooms, where we’d rather dwell or where we think we are already living. They can be spaces we lose the art or the wisdom of inhabiting. And eventually those volumes of mental intention we no longer know how to inhabit will be abandoned, boarded up, and closed down.

What do we mean, for example, by the word “peace”? Do we mean an absence of strife? Do we mean a forgetting? Do we mean forgiveness? Or do we mean a great weariness, an exhaustion, an emptying out of rancor? It seems to me that what most people mean by “peace” is victory. The victory of their side. That’s what “peace” means to them, while to the other’s peace means defeat. If the idea takes hold that peace, while in principle to be desired, entails an unacceptable renunciation of legitimate claims, then the most plausible course will be the practice of war by less than total means. Calls for peace will be felt to be, if not fraudulent, then certainly premature. Peace becomes a space people no longer know how to inhabit. Peace has to be re-settled. Re-colonized.

And what do we mean by “honor”? Honor as an exacting standard of private conduct seems to belong to some faraway time. But the custom of conferring honors—to flatter ourselves and one another—continues unabated. To confer an honor is to affirm a standard believed to be held in common. To accept an honor is to believe, for a moment, that one has deserved it. (The most one should say, in all decency, is that one is not unworthy of it.) To refuse an honor offered seems boorish, convivial, and pretentious. A prize accumulates honor—and the ability to confer honor—by the choice it has made in previous years of whom to honor.

By this standard, consider the polemically named Jerusalem Prize, which, in its relatively short history, has been awarded to some of the best writers of the second half of the twentieth century. Though by any obvious criteria a literary prize, it is not called The Jerusalem Prize for Literature but The Jerusalem Prize for the Freedom of the Individual in Society. Have all the writers who have won the prize really championed the Freedom of the Individual in Society? Is that what they—now I must say “we”—have in common? I think not.

Not only do they represent a large spectrum of political opinion. Some of them have barely touched the Big Words: freedom, individual, society. But it isn’t what a writer says that matters, it’s what a writer is. Writers—by which I mean members of the community of literature—are emblems of the persistence (and the necessity) of individual vision.

I prefer to use “individual” as an adjective rather than as a noun. The unceasing propaganda in our time for “the individual” seems to me deeply suspect, as “individuality” itself becomes more and more a synonym for selfishness. A capitalist society comes to have a vested interest in praising “individuality” and “freedom”—which may mean little more than the right to the perpetual aggrandizement of the self, and the freedom to shop, to acquire, to use up, to consume, to render obsolete. 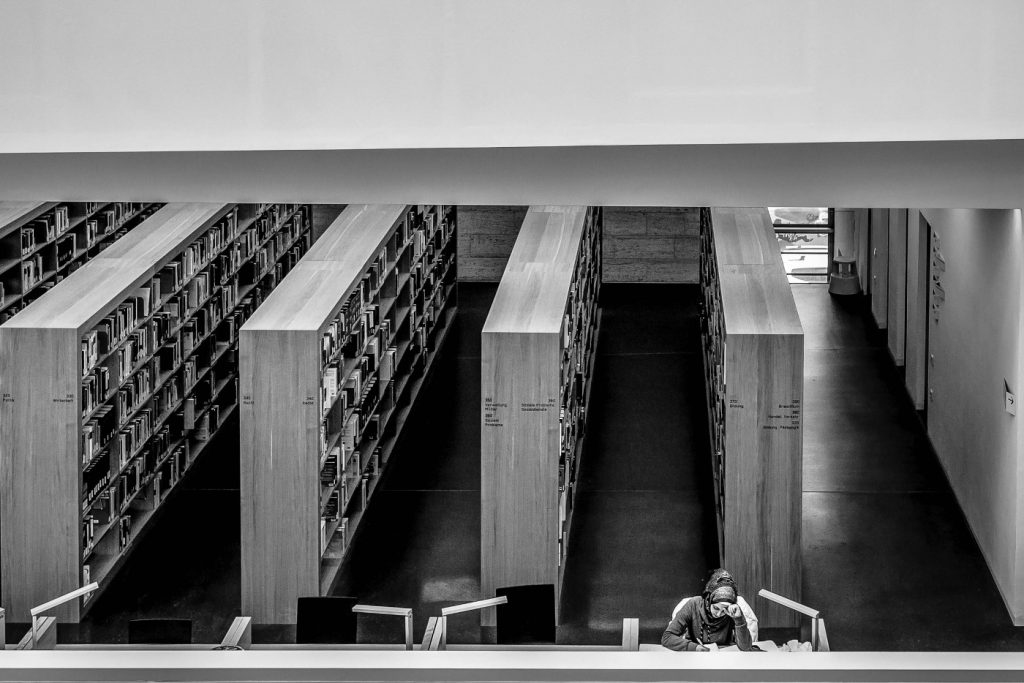 I don’t believe there is any inherent value in the cultivation of the self. And I think there is no culture (using the term normatively) without a standard of altruism, of regard for others. I do believe there is an inherent value in extending our sense of what a human life can be. If literature has engaged me as a project, first as a reader and then as a writer, it is as an extension of my sympathies to other selves, other domains, other dreams, other words, other territories of concern. As a writer, a maker of literature, I am both a narrator and a ruminator. Ideas move me. But novels are made not of ideas but of forms. Forms of language. Forms of expressiveness. I don’t have a story in my head until I have the form. (As Vladimir Nabokov said: “The pattern of the thing precedes the thing.”) And—implicitly or tacitly—novels are made out of the writer’s sense of what literature is or can be. Every writer’s work, every literary performance is, or amounts to, an account of literature itself. The defense of literature has become one of the writer’s main subjects. But as Oscar Wilde observed, “A truth in art is that whose contradictory is also true.” Paraphrasing Wilde, I would say: A truth about literature is that whose opposite is also true. Thus, literature—and I speak prescriptively, not just descriptively—is self-consciousness, doubt, scruple, fastidiousness. It is also—again, prescriptively as well as descriptively—song, spontaneity, celebration, bliss. Ideas about literature—unlike ideas about, say, love—almost never arise except in response to other people’s ideas. They are reactive ideas.

The writer’s first job is not to have opinions but to tell the truth and refuse to be an accomplice of lies and misinformation. Literature is the house of nuance and contrariness against the voices of simplification.

I say this because it’s my impression that you—or most people—are saying that. Thereby I want to make room for a larger passion or different practice. Ideas give permission—and I want to give permission to a different feeling or practice. I say this when you’re saying that, not just because writers are, sometimes, professional adversaries. Not just to redress the inevitable imbalance or one-sidedness of any practice which has the character of an institution—and literature is an institution—but because literature is a practice which is rooted in inherently contradictory aspirations.

Literature is a system—a plural system—of standards, ambitions, and loyalties. Part of the ethical function of literature is the lesson of the value of diversity. Of course, literature must operate within boundaries. (Like all human activities. The only boundless activity is being dead.) The problem is that the boundaries most people want to draw would choke off the freedom of literature to be what it can be, in all its inventiveness and capacity to be agitated. We live in a culture committed to unifying greed, and one of the world’s vast and glorious multiplicity of languages, the one in which I speak and write, is now the dominant language. English has come to play, on a world scale and for vastly larger populations within the world’s countries, a role similar to that played in medieval Europe by Latin.

But as we live in an increasingly global, transnational culture, we are also mired in increasingly fractionalized claims by real or newly self-constituted tribes. The old humanistic ideas—of the republic of letters, of world literature—are under attack everywhere. They seem, to some, naive, as well as tainted by their origin in the great European ideal—some would say Eurocentric ideal—of universal values. The notions of “liberty” and of “rights” have undergone a striking degradation in recent years. In many communities, group rights are given greater weight than individual rights. In this respect, what makers of literature do can, implicitly, bolster the credibility of free expression, and of individual rights. Even when makers of literature have consecrated their work to the service of the tribes or communities to which they belong, their accomplishment as writers depends on transcending this aim.

The qualities that make a given writer valuable or admirable can all be located within the singularity of the writer’s voice. But this singularity, which is cultivated in private and is the result of a long apprenticeship in reflection and in solitude, is constantly being tested by the social role writers feel called on to play.

I do not question the right of the writer to engage in debate on public matters, to make common cause and practice solidarity with like-minded others. Nor is my point that such activity takes the writer far from the reclusive, eccentric inner place where literature is made. So do almost all the other activities that make up having a life. But it’s one thing to volunteer, stirred by the imperatives of conscience or of interest, to engage in public debate and public action. It’s another to produce opinions—moralistic sound-bites on demand.

Not: Been there, done that. But: For this, against that. But a writer ought not to be an opinion-machine. As a black poet in my country put it, when reproached by some fellow African-Americans for not writing poems about the indignities of racism, “A writer is not a jukebox.” The writer’s first job is not to have opinions but to tell the truth and refuse to be an accomplice of lies and misinformation. Literature is the house of nuance and contrariness against the voices of simplification. The job of the writer is to make it harder to believe the mental despoilers. The job of the writer is to make us see the world as it is, full of many different claims and parts and experiences. It is the job of the writer to depict the realities: the foul realities, the realities of rapture. It is the essence of the wisdom furnished by literature (the plurality of literary achievement) to help us to understand that, whatever is happening, something else is always going on.

I am haunted by that “something else.” I am haunted by the conflict of rights and of values I cherish. For instance that—sometimes—telling the truth does not further justice. That—sometimes—the furthering of justice may entail suppressing a good part of the truth. Many of the twentieth century’s most notable writers, in their activity as public voices, were accomplices in the suppression of truth to further what they understood to be (what were, in many cases) just causes.

My own view is, if I have to choose between truth and justice—of course, I don’t want to choose—I choose truth.

Susan Sontag (1933-2004) was a novelist, playwright, critic, and director, as well as a devoted human rights activist who led a number of campaigns on behalf of persecuted and imprisoned writers. She is the recipient of the National Book Award and the MacArthur Fellowship, among other honors.

From At the Same Time: Essays and Speeches by Susan Sontag, edited by Paolo Dilonardo and Anne Jump. Copyright © 2007 by the Estate of Susan Sontag. Used by permission of Farrar, Straus and Giroux, New York, NY.

NextHow to Take a Stand Without Taking Sides