I am in a village up north, in the lands named “Alaska” now. These places had their own names long before English, Russian, or any other politically imposed trade language. 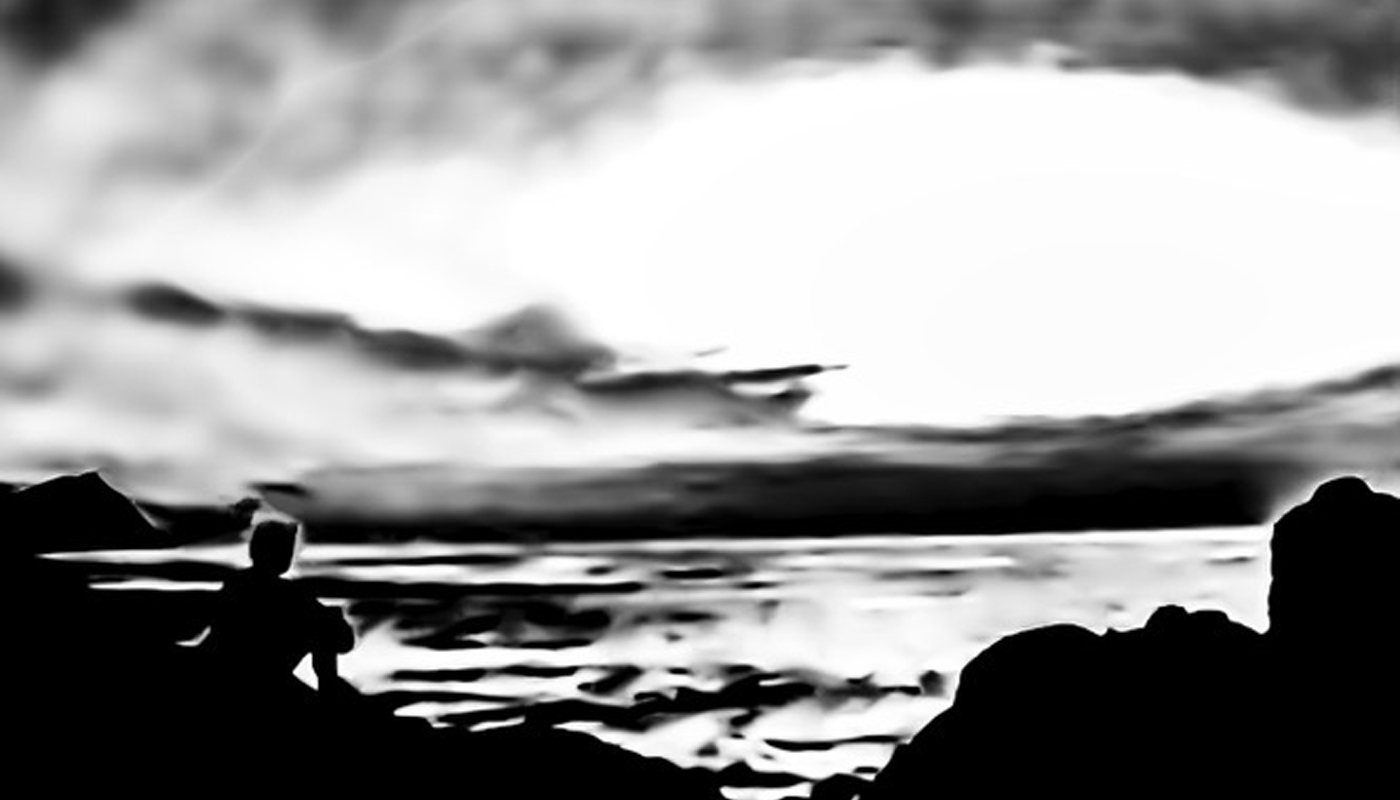 It is in the times when people dreamed and thought together as one being. That doesn’t mean there weren’t individuals. In those times, people were more individual in personhood than they are now in their common assertion of individuality: one person kept residence on the moon even while living in the village. Another was a man who dressed up and lived as a woman and was known as the best seamstress.

I have traveled to this village with a close friend who is also a distant relative. We are related to nearly everyone by marriage, clan, or blood.

The first night after our arrival, a woman is brutally killed in the village. Murder is not commonplace. The evil of it puts the whole village at risk. It has to be dealt with immediately so the turbulence will not leave the people open to more evil.

Because my friend and I are the most obvious influence, it is decided that we are to be killed, to satisfy the murder, to ensure the village will continue in a harmonious manner. No one tells us we are going to be killed. We know it; my bones know it. It is unfortunate, but it is how things must be.

The next morning, my friend and I have walked down from the village to help gather, when we hear the killing committee coming for us.
I can hear them behind us, with their implements and stones, in their psychic roar of purpose.

I know they are going to kill us. I thank the body that has been my clothing on this journey. It has served me well for protection and enjoyment.
I hear—I still hear—the crunch of bones as the village mob, sent to do this job, slams us violently. It’s not personal for most of them. A few gain pleasure.

I feel my body’s confused and terrible protest, then my spirit leaps out above the scene and I watch briefly before circling toward the sea.

I linger out over the sea, and my soul’s helper who has been with me through the stories of my being says, “You can go back and change the story.”

My first thought was, Why would I want to do that? I am free of the needs of earth existence. I can move like wind and water. But then, because I am human, not bird or whale, I feel compelled.

“Now what am I supposed to do?” I ask my Spirit. I can see no other way to proceed through the story.

My Spirit responds, “You know what to do. Look, and you will see the story”

And then I am alone with the sea and the sky. I give my thinking to time and let them go play.

It is then I see. I see a man in the village stalk a woman. She is not interested in him, but he won’t let go. He stalks her as he stalks a walrus. He is the village’s best hunter of walrus. He stalks her to her home, and when no one else is there, he trusses her as if she were a walrus, kills her and drags her body out of her house to the sea. I can see the trail of blood behind them. I can see his footprints in blood as he returns to the village alone.

I am in the village with my friend. The people are gathering and talking about the killing. I can feel their nudges toward my friend and I. I stand up with a drum in my hand. I say:

And then I begin drumming and dancing to accompany the story. It is pleasing, and the people want to hear more.

They want to hear what kind of story I am bringing from my village.

I sing, dance, and tell the story of a walrus hunter. He is the best walrus hunter of a village. I sing about his relationship to the walrus, and how he has fed his people. And how skilled he is as he walks out onto the ice to call out the walrus.

And then I tell the story of the killing of a walrus who is like a woman. I talk about the qualities of the woman, whom the man sees as a walrus. By now, the story has its own spirit that wants to live. It dances and sings and breathes. It surprises me with what it knows.

With the last step, the last hit of the drum, the killer stands up, as if to flee the gathering. The people turn together as one and see him. They see that he has killed the woman, and it is his life that must be taken to satisfy the murder.

When I return to present earth time, I can still hear the singing.

I get up from my bed and dance and sing the story.

It is still in my tongue, my body, as if it has lived there all

though I am in a city with many streams of peoples from far and wide across the earth.

We make a jumble of stories. We do not dream together.

Joy Harjo is an internationally known performer and writer of the Mvskoke/Creek Nation, and the recipient of the Wallace Stevens Award from the Academy of American Poets.

From Conflict Resolution for Holy Beings, Copyright ©2015 by Joy Harjo.  Used with permission by W.W. Norton and Co.