On Saturday, January 21st, we saw a tremendous outpouring of support from around the US and the world for the rights and well-being of women and all who suffer injustice, discrimination and inequality. We would like to share some of the excitement from this momentous day with you. 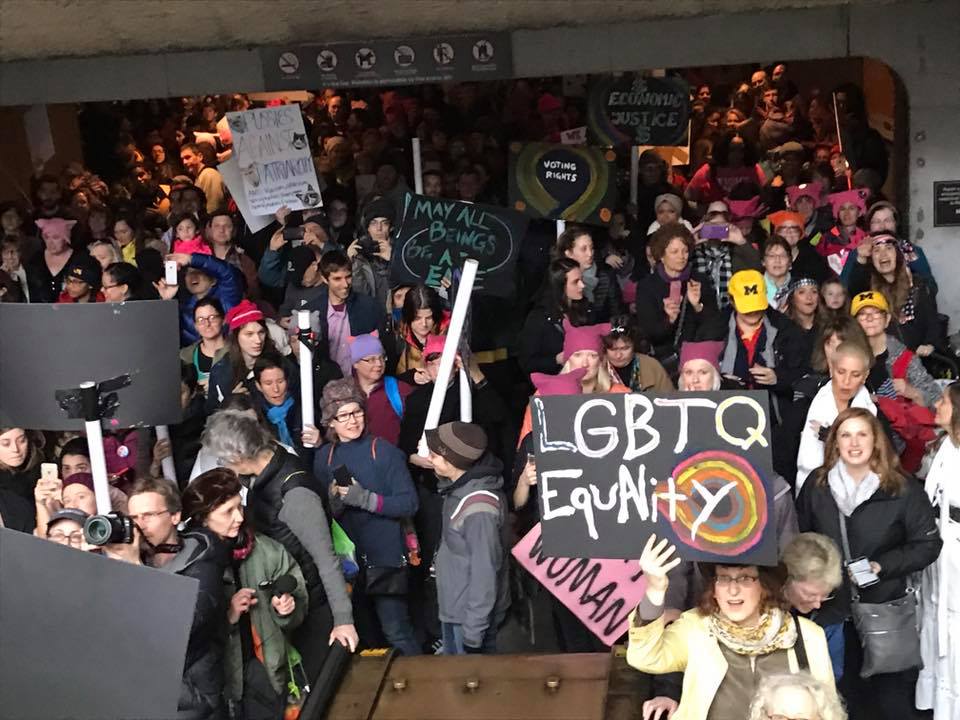 More than thirty of our Sangha members joined the Women’s March on Washington. They boarded the bus in Woodstock at 2:15am, spent the day marching and attending a fantastic rally, which featured an array of inspiring speakers and performers, and returned to Mt. Tremper a little after midnight.

Danica Shoan Ankele, the main organizer for the Monastery delegation, said, “I am so glad we’re doing this rather than being stuck with pain and grief and feeling immobilized. There is the possibility of action, of revolution, of change.  I don’t know that we’re going to change the views of our senior leaders tomorrow, but we’re inspiring one another, and we’re beginning a movement that can sustain itself over the next four years.” 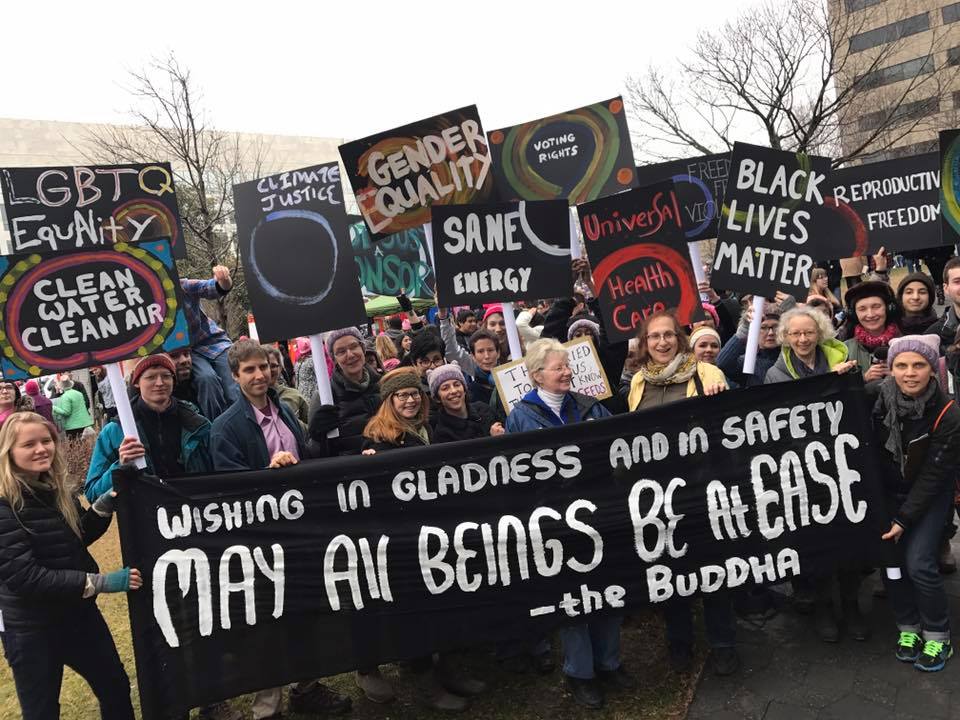 In New York City, an equal number of sisters and brothers from the Zen Center of New York City marched alongside of several other NYC Buddhist groups. The sense of solidarity in the city was incredible, and our group came away both energized and more determined than ever to continue stepping forward.

The Temple’s group organizer Donna Nicolino had this to say, “It’s so exciting to be here with so many folks speaking up for dignity and justice. I think the next few years will give us many opportunities to really use our practice and bring it actively into the world. I think the skills we build sitting on our cushions are really needed now. This is our moment!”

Yuan and Joen Hayes from the Vermont affiliate participated in the Montpelier, Vermont, march, where 7,000 people were predicted, but 15,000-20,000 showed up, including Senator Bernie Sanders. Yuan said, “Speechifying was very diverse, and the tone was good—about kindness, fairness and inclusion.”

We heard from other sangha members who participated in marches in Poughkeepsie, Woodstock, Philadelphia, Boston, and Charlotte, NC. 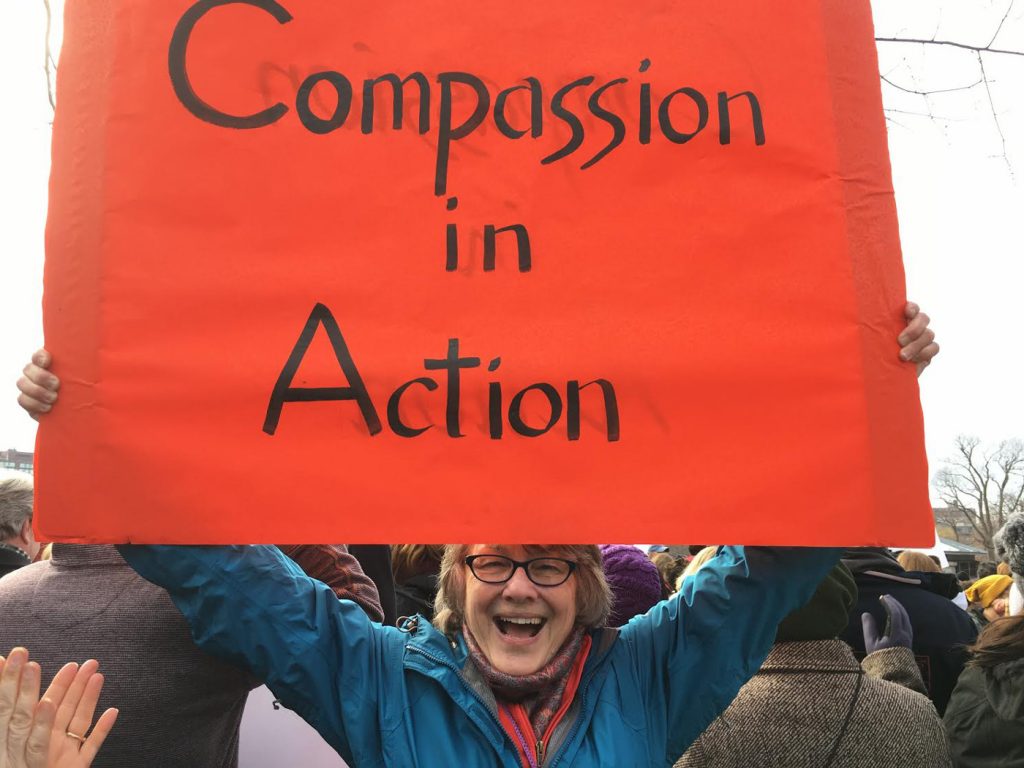 You can see photos from the DC and NYC marches on the Monastery and Temple’s Facebook pages.

We are thrilled that so many people—including within our own sangha—are engaging in citizen action on issues that are important to them. It’s important for us to emphasize, however, that as a non-profit religious organization, the Mountains and Rivers Order, including Zen Mountain Monastery, Zen Center of New York City, and our affiliate groups do not endorse any particular political candidate or political party.