Furthermore, how can it be discerned by masters of sutras or treatises? Even if they explain it, they still do not understand it.

Since a buddha receives dharma from a buddha, the buddha way is thoroughly experienced by a buddha and a buddha; there is no moment of the way without a buddha and a buddha. For example, rocks inherit from rocks, jewels inherit from jewels. When a chrysanthemum inherits from a chrysanthemum and a pine gives the seal of realization to a pine, the preceding chrysanthemum is one with the following chrysanthemum and the preceding pine is one with the following pine. Those who do not understand this, even when they hear the words “authentic transmission from buddha to buddha,” have no idea what it means; they do not know heritage from buddha to buddha in merged realization of ancestor and ancestor. What a pity! They appear to be a buddha family but they are not buddha heirs, nor are they heir buddhas.

The Forty Ancestors Here represent only recent buddhas. Furthermore, the mutual heritage between buddhas and buddhas is deep and vast, neither backing up nor turning away, neither cut off nor stopped. 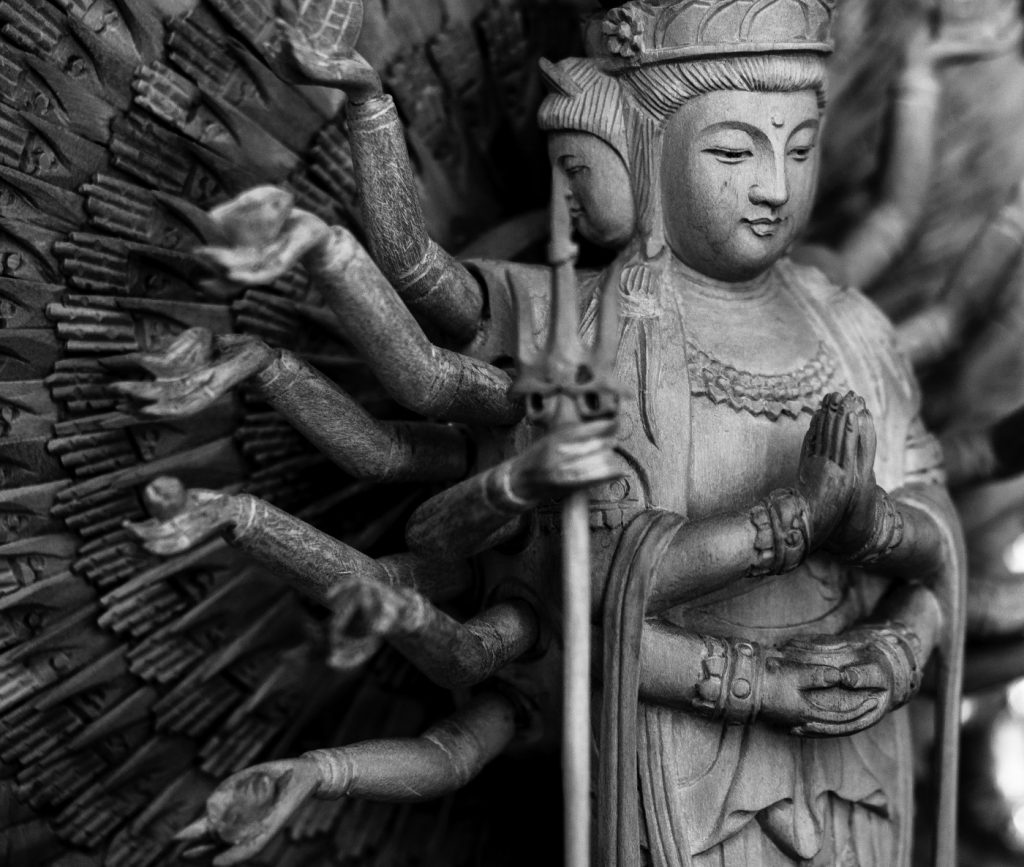 Shakyamuni Buddha once caused Ananda to ask, “Whose disciples were all buddhas of the past?”

Those who entrust and those who receive this heritage are both the buddha’s heirs. Indeed, whenever buddha ancestors are actualized, dharma heritage is actualized.

At the time of actualization, innumerable buddha ancestors arrive without expectation and receive dharma without seeking. Those who inherit dharma are all buddha ancestors.

In China, Since the Time Bodhidharma, the Twenty-eighth Ancestor, came from India, the principle that there is dharma heritage in the buddha way has been authentically understood. Before that time, it had never been spoken of. This is something that had never been known in India by teachers of scriptures or treatises. This is something that has never been reached by bodhisattvas or even by teachers of dharani who study the meaning of the Tripitaka. What a pity! Although they have received a human body as a vessel of the way, they are uselessly entangled by the net of scriptures; they do not understand the method of breaking through, and cannot realize the moment of leaping out. This being so, you must study the way in detail and wholeheartedly determine to thoroughly experience it.

One day Weiyi said, “Old writings worth seeing are treasures of humankind. How many of them have you seen?”

Then he said, “I have a scroll of old writing. I will show it to you at your convenience.” He brought it to me. It was a document of heritage of the Fayan lineage that he had obtained from the articles left behind by an old master. So it was not what Weiyi himself had received.

Upon seeing this, I was firmly convinced that there is dharma heritage between an authentic heir and an authentic heir. This was a teaching I had never seen before. At that moment the buddha ancestors had invisibly responded to my wish and helped me, a descendant of theirs. I had never been moved so much.

Eihei Dogen (1200-1253) founded the Soto school of Zen in Japan after traveling to China and train- ing under Rujing, a master of the Chinese Caodong lineage.

Kazuaki Tanahashi is a master calligrapher, Zen teacher, author, and translator. His most recent book is an in-depth study of the Heart Sutra, entitled, The Heart Sutra: A Comprehensive Guide to the Classic of Mahayana Buddhism.

From Treasury of the True Dharma Eye: Zen Master Dogen’s Shobogenzo. Edited by Kazuaki Tanahashi. Copyright © 2010 by the San Francisco Zen Center. Reprinted by arrrangement with The Permissions Company, Inc., on behalf of Shambhala Publications, Inc.