We meditate, developing mindfulness, developing concentration, and after a while we begin to wonder, “When is the discernment going to come? When are the insights going to come?” And it’s important to look at what the Buddha has to say about what gives rise to discernment. Mindfulness and concentration are prerequisites, but there’s also more. And in searching for that “more,” it’s especially instructive to look at two sets of qualities that the Buddha said lead to Awakening—the Five Strengths and the Seven Factors for Awakening—to learn their lessons on what gives rise to discernment, what’s needed for these insights to arise. Otherwise you can meditate for twenty, thirty, forty years—as Ajaan Lee says, you could die and your body could dry out on the spot—and still not gain any discernment, because you’re lacking some of the proper qualities.

The Five Strengths—a set of factors that culminate in discernment—are interesting because they start out, not with ideas that you’ve heard from someone else in terms of what Buddhist discernment is about. They start with the quality of conviction. Conviction in what? Conviction in the principle of karma. That’s what it comes down to—that our actions do matter. Some people have problems with the teaching on karma, but what exactly is the Buddha asking you to believe in when he asks you to have conviction in it? One is that you really are responsible for your actions. It’s not some outside force like the stars or some evil being or good being acting through you. When you’re conscious, you’re the one who decides what to do. Secondly, your actions have results—you’re not just writing on the water—and those results can be good or bad depending on the quality of the intention behind the act. 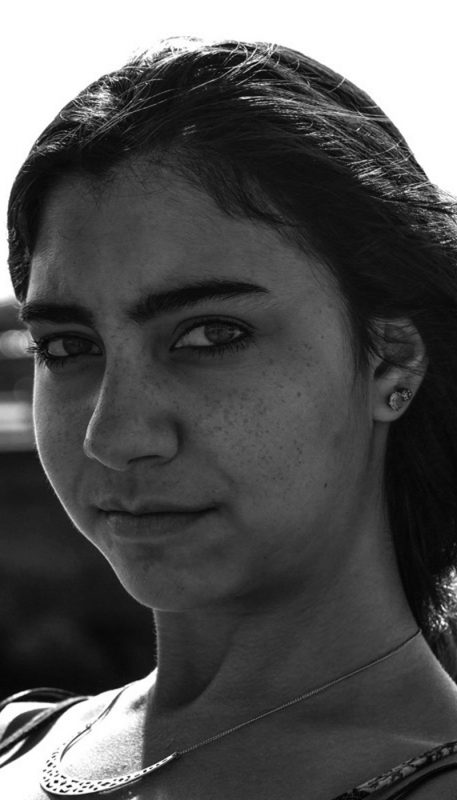 So the teaching on karma is a teaching that puts you in charge of shaping your life. It’s a good teaching to believe in. And how does this relate to discernment? It provides the basis for the questions you’re going to ask to give rise to discernment. Because the principle of karma places a lot of emphasis on the need to act on skillful intentions to get the good results you want, the basic question becomes: how can you tell whether an intention is skillful or unskillful?

Together with this conviction you need the quality of heedfulness: the realization that if you’re not careful about your actions you can create a lot of suffering for yourself. Heedfulness is supposed to underlie the development of the Five Strengths leading up to discernment. It’s the quality that makes sure you’re going to pay close attention to what you’re doing, close attention to your intentions, close attention to the results of your actions—as in the passage where the Buddha’s instructing Rahula, his son. Before you do something, he tells Rahula, ask yourself, “What’s the intention here? Why am I doing this? Is it going to be an action that leads to suffering or not?” Only if the intention looks good should you act on it. Then, while you’re acting, you check the results of your action. After the action is done you check again, because some results are immediate, other results are long term. So conviction in karma focuses your intention at the right spot and it gets you asking the right questions. Heedfulness gives urgency to your investigation. And the two of them together lead to discernment.

The teachings on the Seven Factors for Awakening are similar. You start out with mindfulness. The Buddha teaches you to be mindful of the body in and of itself, feelings in and of themselves, mind states, mental qualities in and of themselves. Why? So that you can be really clear on what your actions are and what the results are. If you’re concerned with other issues—as the Buddha says, “things in the world,” things that other people are doing—you miss what you’re doing. So you focus right here, get yourself in the present moment, not simply because the present moment is a good moment in and of itself, but because it’s the only place where you’re going to see your intentions in action.

In this way, mindfulness puts you in a position to develop the second factor for Awakening: the discernment factor, called “analysis of qualities.” The qualities here are qualities in the mind, mental states, in the present. The food for this factor is appropriate attention to the skillful and unskillful states arising in the mind. You pay attention to what intentions you act on, trying to see what’s skillful and what’s not. And again the test for judging whether your actions are skillful is by their results: how much harm do they cause? How much happiness? Discernment focuses on actions in terms of cause and effect, and works at developing greater and greater skill in acting, to the point where your actions are so skillful that they lead to the Deathless.

This may sound unusual, for we’re often taught that Buddhist discernment focuses on seeing things in terms of the Three Characteristics: inconstancy, stress, and not-self. We’re taught to look for the inconstancy, impermanence of things, and then to see that if they’re inconstant they must be stressful; if they’re stressful they must be not self. Well, those teachings have to be placed in context. That context is the act of judging the results of our actions. The Three Characteristics are designed so that we don’t content ourselves with only a middling level of skillfulness. In other words you might be skillful enough to have a good job, a nice place to live, a good family life—in other words, ordinary, mundane wellbeing. And a lot of people get satisfied right there. Or you might get satisfied with a nice state of concentration. You might be able to get the mind centered pretty much at will; things don’t disturb you too much. A lot of people stop right there—it’s good enough for them.

This is where the teachings on the Three Characteristics kick in, in judging the results of your actions: “Are they really satisfactory? Do they give permanent results?” Well, no. If not, you’re setting yourself up for stress, suffering, disappointment. You’re setting yourself to latch onto things that aren’t totally under your control. In other words, they’re not yours. You can’t say, “O.K., body, don’t get old. Go back and get younger to the way you were, say, five years ago, ten years ago.” You can’t tell your painful feelings to turn into pleasure. You can’t arrange for only good and useful thoughts to come into your mind.

The purpose of the Three Characteristics is so you don’t get complacent. They help in that process of heedfulness, so that your standards for judging your actions stay high. In judging the results of your actions, you’re not going to settle for anything that falls under the Three Characteristics. You’ll keeping trying to become more skillful in your actions until you gain results that aren’t inconstant or stressful, results where self and not-self don’t apply.

In our culture at present it’s considered psychologically unhealthy to set very high standards for yourself. What does that do? It creates a society of very middling people, mediocre people, people who experience a mediocre level of happiness. The Buddha, though, was very demanding, first with himself, and then with his followers. He said, “Don’t satisfy yourself with just ordinary, everyday wellbeing,” because it’s not well all the time. If you’re going to set your sights, set your sights on something of more permanent value, what he called “the noble search”: the search for what doesn’t age, doesn’t grow ill, doesn’t die, for happiness that doesn’t change.

So the Three Characteristics in and of themselves are not the content of Buddhist wisdom, Buddhist discernment. They have to be placed in context, the context of the question of skillfulness: “What are you doing? What are your intentions? What are the results of your actions based on those intentions? Are you content with them or do you want better?” The Three Characteristics spur you on to be more demanding of yourself, saying, “I want better than this. I’ve got this human life; what am I going to do with it?” And the answer should be, “I’m going to do the best I can to find true happiness, to have something to hold onto, something to show for all the suffering I’ve been through as I take birth, age, grow ill, and die.”

So we should think about these issues as we meditate. We’re not getting into the present just to stop there. That would be like someone who, after a great deal of effort, finally gets to a road—and then lies down on the road, forgetting that the road is there to be followed to see where it takes you. When you get into the present moment, that’s not enough. You have to learn how to ask yourself the right questions of the present moment, in particular, “What are your intentions right now, and what results do they have?” 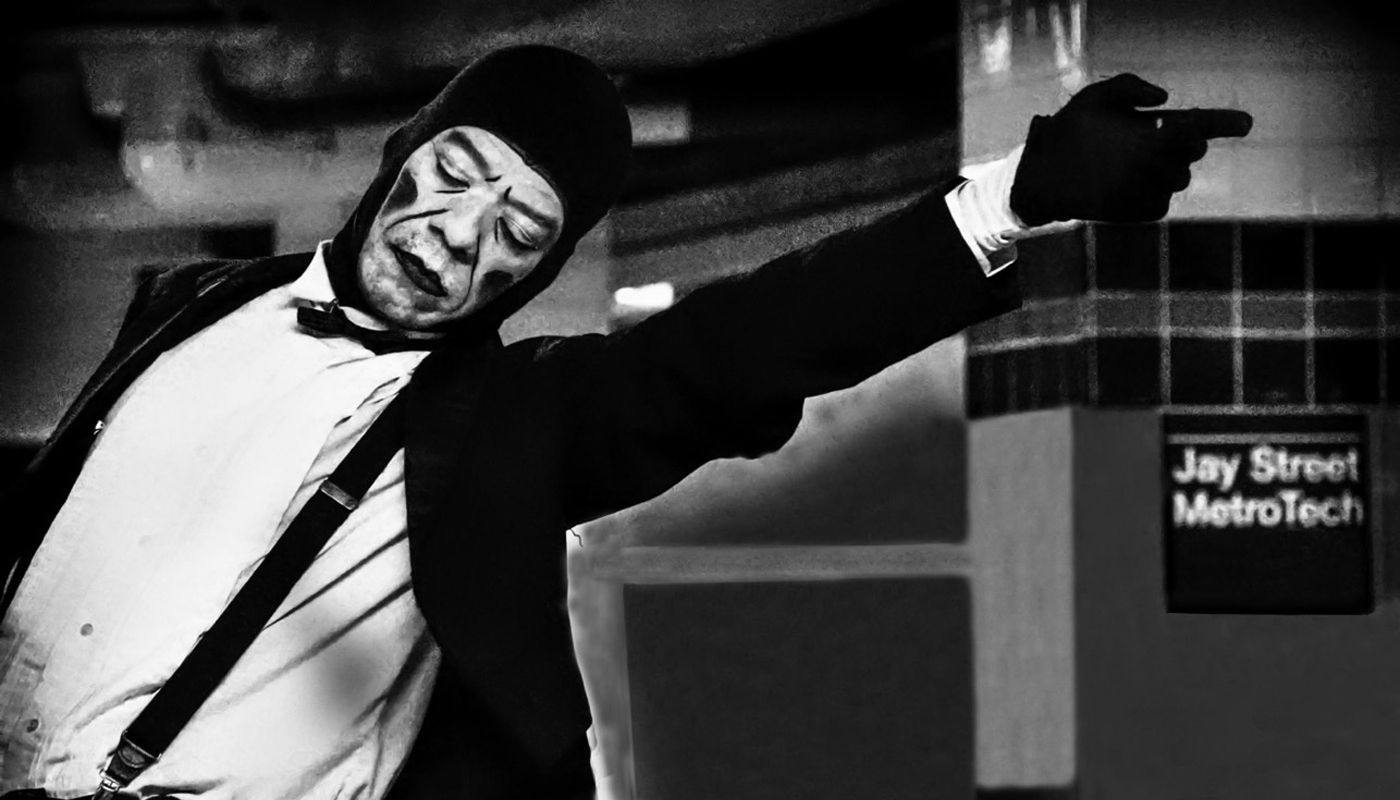 Intentions just don’t float in and out of the mind without leaving a trace. They leave their mark. They do have results. Are you satisfied with the results? If not, what can you do to get better results? Learning how to ask these questions, the Buddha said, is what gives rise to discernment so that your actions go beyond just the ordinary, mundane level. As the Buddha pointed out, there are four kinds of action: actions that are skillful on a mundane level, actions that are not skillful on the mundane level, actions that are mixed, and then actions that take you beyond the mundane level, that open you up to the Deathless and bring you to the end of action. That fourth kind of action is what he says is really worthwhile. That’s what’s special about his teaching. That’s what’s distinctive about his teaching. He discovered that the principles of causality work in such a way that you can bring yourself to the Uncaused by being as skillful as possible in what you do. And the discernment that shows you how to act in those ways, that detects what in your intentions is skillful and what’s unskillful, what in your actions is skillful and unskillful, what in the results of your actions are satisfactory or not: that’s what guides you in the right direction.

Thanissaro Bhikkhu is an American Buddhist monk belonging to the Thai Forest Tradition. For 22 years he studied under the forest master Ajahn Fuang Jotiko.

From Giving Rise to Discernment by Thanissaro Bhikkhu, edited by Access to Insight (Legacy Edition).  http://www.accesstoinsight.org.