The Tao cannot be conveyed by either words or silence. In that state, which is neither speech nor silence, its transcendental nature may be apprehended.

According to Chuang Tzu, the transcendental nature of reality cannot be apprehended and conveyed unless we can attain the state that is neither speech nor silence. Before we realize that state, we’re dealing only with the shadows, derivatives, and echoes of reality.

Imagine if you will a universe in which all things have a mutual identity. They all have an interdependent origination. When one thing arises, all things arise simultaneously, and everything has a mutual causality. What happens to one thing happens to the entire universe. Imagine a universe that is self-creating, self-maintaining, and a self-defining organism, a universe in which all its parts and the totality are a single entity. All of the pieces and the whole thing are at once one single thing.

Practice means commitment and action. We’re no longer observers standing on the sideline; we become participants.

Consider that experiment that took place in quantum physics and was conducted in Geneva, Switzerland. Researchers took a pair of photons, very small particles, and sent them along optical fibers in opposite directions to sensors in two villages north and south of Geneva. Reaching the ends of the fibers the photons were forced to make a random choice between alternatively and equally possible pathways. And since it’s expected there’s no way for photons to communicate with each other, classical physics predicted that one photon’s choice of a path would have no relationship or effect on the other photon’s choice. But when the results were examined, the independent decisions by the pairs of photons always matched and complemented each other exactly, even though there was no physical way for them to relay information back and forth. If there was communication, it would have had to exceed the speed of light, which according to Einstein is impossible.

Each photon knew what was happening to its distant twin and mirrored the twin’s response. This took place in less than a thousandth of the time a light beam would have needed to carry the news from one place to another. The connection and the correlation between the two particles was instantaneous; they were behaving as if they were one reality. The experiment indicated that long-range connections exist between quantum events and that these connections do not rely on any physical mediums. The connections are immediate and reach from one end of the universe to the other. Spacial distance does not interfere or diminish this connectedness of events.

This interconnectedness of things evidenced in the Geneva experiment has been part of the Zen teachings for 2,500 years. It’s spoken of as the Diamond Net of Indra in which all things are interconnected, co-arising, sharing mutual causality. Every connection in the net is a diamond with many facets, and each diamond reflects every other diamond in the net and in effect contains every other diamond. You can’t move one diamond without affecting all the others. And the whole net extends throughout all space and time.

This Diamond Net is not a metaphor. For Zen Buddhists it’s an accurate description of reality. It’s a description of what is realized in the practice of Zen, that we are totally, completely, and intricately interconnect-ed—interconnected throughout time and space. So it’s not just the three dimensions of space but the fourth dimension of time as well.

On Mount Gridhrakuta, the Buddha addressed an assembly of thousands. He didn’t say a word. He picked up a flower and held it up for everybody to see. Out of the entire assembly only Mahakasyapa, one of his disciples, smiled. Noticing Mahakasyapa’s smile, the Buddha said, “I have the all-pervading truth, the exquisite teachings of formless form that has no reliance on words and letters, and I now hand it over to Mahakasyapa.” The Buddha gave an intimate discourse; Mahakasyapa didn’t conceal it. Flowers open in the night of falling rain, the valley stream at dawn fills with fragrance.

The best we can do is to be always open and receptive whether we’re receiving Zen teachings, looking at a work of art, or living life itself. We can let it in. We can taste it, experience it, let it penetrate ourselves, our pores, our breathing, our being. This is a realm that’s beyond understanding, and it has nothing to do with believing. It’s a truth that has no teacher; it can only be realized.

All evil karma ever committed by me since of old, on account of my beginningless greed, anger, and ignorance, born of my body, mouth, and thought, now I atone for it all.

Many of the rites of passage that take place in our practice are preceded by this Gatha of Atonement. Atonement creates a pure and unconditioned state of consciousness. It initiates an attitude of mind conducive to entering the rite of passage, a mind receptive and open to transformation. Out of that pure and unconditioned state of consciousness emerges practice.

Practice is doing, practice means commitment and action. We’re no longer observers standing on the sideline; we become participants. The transformation associated with the rite of passage that atonement precedes does not take place just because you go through the ritual. There needs to be that state of consciousness. Raising of consciousness needs to have taken place; otherwise the new way of seeing, hearing, feeling, and realizing doesn’t happen.

With practice—the doing, the commitment, which is the action—there comes discovery and realization. As a result, the precepts, or the significance of the rite of passage, or the receiving of the teachings, comes alive in our life. We make conscious in a very personal way the identity of the lifestream of the buddhas and ancestors with our own lifestream. 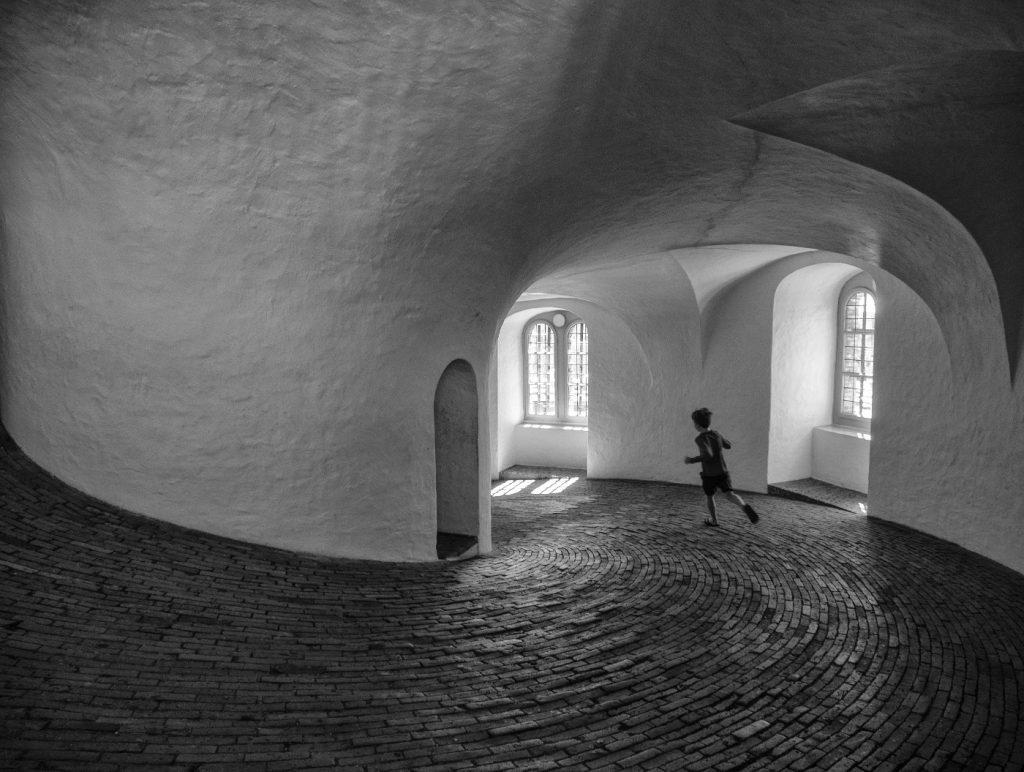 The Expression Of The Truth now and insights of former times are a single track, and they are ten thousand miles apart. They’re 2,500 years apart. But they’re a single track. Then it’s not just the lifestream of the buddhas and ancestors and identity with our lifestream alone but the lifestream of the buddhas and ancestors in identity with all sentient beings, which of course includes each and every one of us.

“All evil committed by me since of old.” Every cause has an effect and every effect is the next cause. But we should always appreciate the fact that cause and effect are one. They’re not two distinct events. Cause doesn’t precede effect and effect doesn’t follow cause. This is why karma doesn’t move only in one direction; remarkably, it moves backward in time and space as well as forward in time and space. It permeates the ten directions.

“Because of my beginningless greed, anger, and ignorance”—the three poisons. They’re the basis of evil karma. Transformed, they become the three virtues of compassion, wisdom, enlightenment; and these qualities are the basis of good karma. They describe a way of being in harmony with the nature of things. “Born of my body, mouth, and thought.” Body, mouth, and thought are the spheres of action where karma is created, both good karma and evil karma. What we do with our bodies, what we do with our words, and what we do with our thoughts all lead to consequences; all establish specific karma.

We should appreciate this fact thoroughly. Body language speaks outwardly and inwardly. When you clench your fist, when you grit your teeth, you create anger mentally and physically. When you place your hands in the cosmic mudra, you create a state of consciousness that reflects introspection and peace. What we do with our bodies is who we are. It’s for that reason that the posture of zazen is so important. When we bow we manifest the body karma of the three virtues. When we gassho we manifest the body karma of the three virtues. It’s nearly impossible to communicate the meaning of this in words. Most of it is a process of personal discovery—if you are awake to it.

Words are also karma. What we say has a tremendous impact on our lives and on the world around us. When we vow to attain the way, we connect with the karma of that vow. In chanting the name of the Buddha, we are one with the buddha; there’s no separation. When our words are motivated by compassion or wisdom, they manifest wisdom and compassion. When our words are motivated by greed, anger, and ignorance, that’s what they manifest.

And then there’s also the elusive karma of thought. It’s all too often unrecognized that thought in and of itself has the ability to transform. Actually, transformation can occur in all three of these—body, mouth, and thought—but generally we pay very little attention to the cause-and-effect power of thought. We think it’s a very personal, invisible process that nobody knows about. The thoughts radiate like signals from a telecommunications satellite if someone can hear them, perceive them. We project what we’re thinking in hundreds of ways. What we think touches the world and it touches us.

When the thoughts are self-centered, these thoughts become thoughts of greed, anger, and ignorance. We end up destroying our own bodies and our own lives. This happens both on an individual and a collective level. It’s karma that creates who we are and how we live our lives, how we relate to each other, and how we relate to ourselves. It’s that simple and that important.

“Now I atone for it all.” Now I am at one with it all. Taking full responsibility for it empowers us to do something about it. When atonement takes place with the whole body and mind, you’ve created the state that is pure and unconditioned. Spiritual realization and moral action are one reality. They’re co-dependent, just like cause and effect.

Enlightenment Is Not Beyond good and evil. It’s rather a way of using one’s body and mind and living one’s life with a clear and unequivocal moral commitment. Enlightenment is realized and actualized not only in the realm of good and evil but also within all dualities. And at the same time it’s not stained by those dualities. When you chant the Gatha of Atonement, you enter the practice of that state of consciousness with the whole body and mind. And all of the buddhas—past, present, and future—are identified with one’s own life, one’s own true self. “Expression of the truth now and insight of former times are a single track, and they are ten thousand miles apart.” When your mind becomes open, pure, and unconditioned—through atonement, through zazen, through practice—you give life to the Buddha. Right here, right now.

John Daido Loori Roshi (1931-2009) was the abbot of Zen Mountain Monastery and the founder of the Mountains and Rivers Order. He originally gave this talk during a Fusatsu (renewal of vows) ceremony in 2003.