Entering the marketplace barefoot and unadorned.
Blissfully smiling, though covered with dust and ragged of clothes.
Using no supernatural power, you bring the withered trees spontaneously into bloom.

Arriving at the tenth stage, you enter the marketplace. This is nirmanakaya, the physical body and the teachings of the Buddha manifesting in the world for the benefit of others.

In the ox-herding pictures, the youngster who started out on this search returns to the world as an old sage. By the time the journey is over the child has disappeared. Obviously, a lengthy period of time has passed. Although the moment of realization is just that, a moment, the process of studying the self and clarifying the nature of reality doesn’t happen overnight. It doesn’t even end with the old sage. It continues endlessly. The spiritual path of Zen is a ceaseless practice.

Completing formal training doesn’t mean we are not aware of ourselves anymore, or that we stop working on ourselves. It just means that a fundamental change in how we appreciate the self and reality has occurred, and we are able to actualize that view in our lives. Still, zazen continues. It permeates everything. The danger of the unexamined life persists. There is always more to be learned and applied. The limits of the knowable are unknowable.

“Entering The Marketplace barefoot and unadorned” is an image of ordinariness. This relaxation and comfort are not about disregarding the circumstances. It is not about being stupid. It is about perfect harmony. If we walked into the marketplace—the bank office or the hospital—barefoot, we would definitely stand out. Entering into the market place is about being invisible. We are not identifiable as anything other than an ordinary person because that is exactly who we are. That is what has been realized. “Blissfully smiling, though covered with dust and ragged of clothes” indicates that we possess nothing. Having nothing, we are not holding on to anything. There is no more clinging. Objects have lost their power to seduce us with their importance. They are useful, but it is not necessary to covet them, grab them, accumulate them, or attach to them for the sake of our security or well-being. If they arrive, they arrive; if they need to go, they go.

When I first met my teacher, Maezumi Roshi, I was very grateful for his appearance in my life. I wanted to express my appreciation so I gave him a very special photo- graph I had taken. It was the last copy of an image that was excruciatingly difficult to print. Originally, I made five or six images before the negative was damaged. I had sold all but this one print at exhibitions. And I loved that picture. I wanted to keep it for myself. But I was so taken by my first meeting with Roshi that I presented it to him as a gift. It was a gift of my heart. It was the most precious thing I could offer him, and that’s why I gave it to him.

Three months later, when I started to formally study with him, I visited the house of one of his students living in the area. There, on the wall of one of the hallways, was my picture! I got really upset. I couldn’t understand. I gave him my heart and he just handed it to somebody else! I asked the student, “Where’d you get that?” He said, “Oh, I was admiring it at Roshi’s house and he gave it to me.”

Two years later I got a clearer picture of my teacher’s attitude about non-attachment. I happened to walk into his house one morning, a few days after a famous sculptor had chiseled an incredibly gorgeous head of Maitreya Buddha for Roshi. It was big, with Western features, which was very rare at that time. It sat like a jewel on the mantelpiece. As I walked into the living room it socked me right in the forehead and I exclaimed,

“Wow! Roshi, what a beautiful piece! Where did you get it?”

“Here, take it!” he said. As he handed me the statue, I looked beyond him and saw his wife standing in the kitchen doorway, her eyeballs almost falling out of her head. She was an artist, and I knew that she knew the real value of that sculpture. I knew I shouldn’t take it. So I said, “No, no, no, no, Roshi.” And he said, “Oh, yes, yes, yes.”

Finally, I insisted forcefully, and put the head back on the mantel. Roshi’s wife relaxed. But that’s the way he was. He was like that with everything. No exceptions. Although he had things around him, he did not hold on. He didn’t cling to anything.

“Using No Supernatural power, you bring the withered trees spontaneously to bloom.” We have the ability to give boundlessly, to nourish, and to heal. We can even manifest that simply by being present. We continuously communicate our being with every action, posture, word, and thought. One person can walk into a crowded room and suddenly the place will fill with static and tension. Another person enters and there is a feeling of peace and calm. We create an atmosphere. Someone who is developed spiritually creates a very nourishing aura that attracts and soothes people. The Dalai Lama has that feel- ing around him. It is even palpable when you watch him on film. His way of being is that pure and uncomplicated.

The spiritual ripeness of the tenth stage is uncontrived, unpretentious, and organic. The plum that has grown to maturity in the ninth stage has now fallen off the tree of its own accord. The tree let go of the plum; the plum let go of the tree. It’s mutual. The plum falls, and where it lands seeds take root and new plum trees are formed. This process continues, generation after generation. 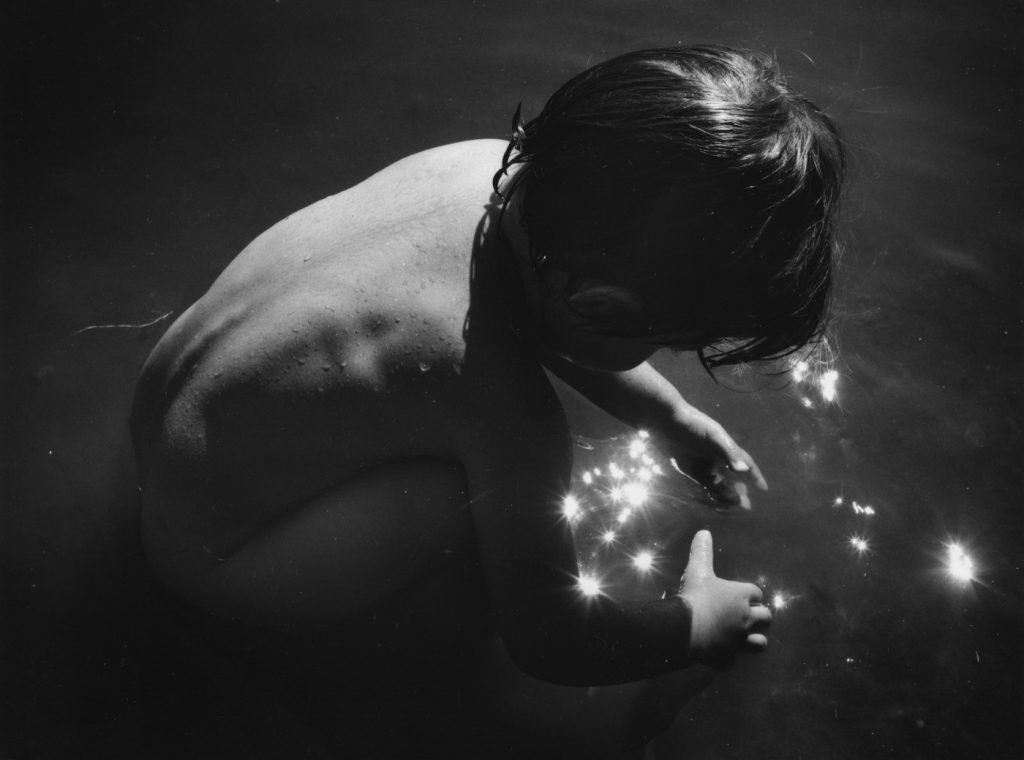 At this point, the formality has totally disappeared from the teacher-student relationship. At times, there is a reversal of the roles—the teacher becomes the student, the student becomes the teacher. The merging has become complete. They are no longer two separate entities. In a sense, the teacher disappears. There’s no longer a teacher, and everything teaches. Formal training is over. Transmission or Dharma sanction is the final step in formal training, and the student is now totally on their own. They can manifest their life in many different ways, which does not mean necessarily appearing formally as a Zen teacher. The student may reenter the world and just disappear, or may become a parish priest, or may live a hermit’s life on the mountainside. But the fact is, their teaching will be manifesting in all circumstances, all the time. It may not happen in the way I have chosen to do it, in a monastery set- ting with robes and bells; it’s up to the new teacher. But even if the teaching is not immediately visible, it is also not possible to hide it or to hold it back.

The end and the beginning are about the innocent mind, the naivete, the openness, the receptiveness of a real student.

The essential and defining quality of the tenth stage is present in the first stage—the beginner’s mind. The end and the beginning are about the innocent mind, the naivete, the openness, the receptiveness of a real student. This trait is developed fully in the process of coming down off the mountain’s lofty peak, where no traces of our realization remain.

One day, towards the end of his life, he came wandering down the stairs from his room, carrying his bowls for a ceremonial community meal. Xuefeng, who was the cook at the time, intervened, “Oh master, where are you going with your bowls? The drum hasn’t sounded, the bell hasn’t rung, it’s not time for lunch.” And this fierce teacher just looked at him, said, “Oh,” and went back to his room.

Xuefeng, happily stunned, figured that he defeated his mentor in that exchange, so he started bragging. The word got around the monastery and reached the head monk Yantou, who decided to check on Xuefeng. Xuefeng told him the story, clearly thinking that his assertiveness sent Deshan scurrying. Hearing all this, Yantou said, “Well, great master that he is, old Deshan still hasn’t realized the last word of Zen.” Yantou’s opinion about his teacher spread through the community like wildfire. Everybody was buzzing about it: “The Old Man doesn’t know the last word of Zen! The head monk said so!” Finally, Deshan heard of Yantou’s comment and summoned him. He asked, “What’s wrong? Don’t you approve of me?” Yantou leaned over and whispered something to him. This seemed to satisfy Deshan. 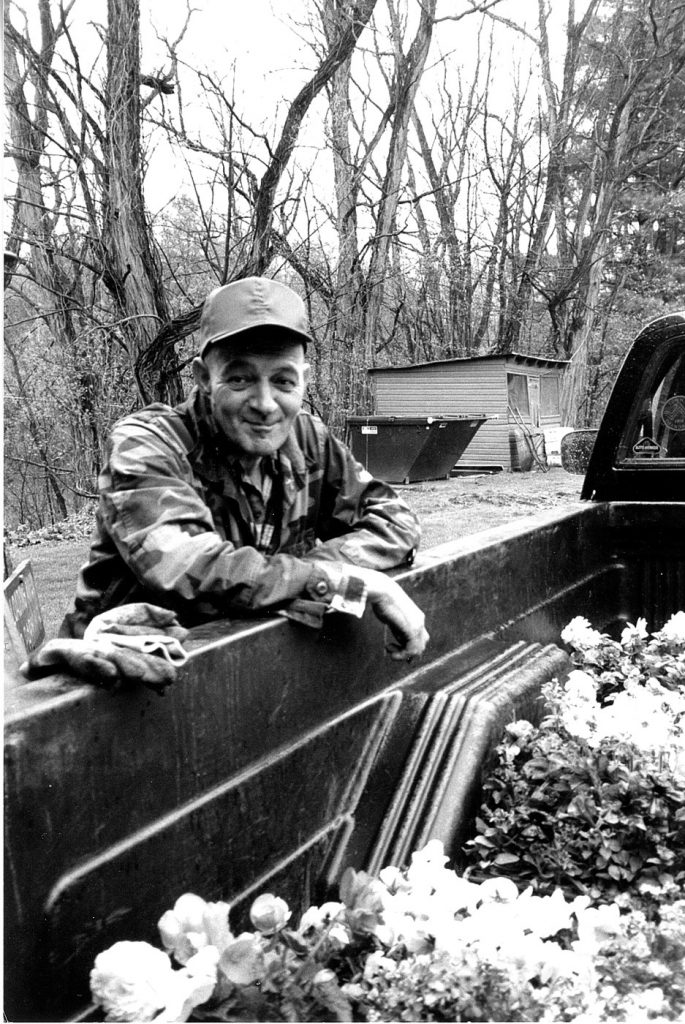 The next day Deshan came down to give his daily talk in the main hall. He mounted the rostrum and delivered a discourse totally unlike anything he had ever presented in all his years of teaching. When he finished the talk, Yantou jumped up out of his seat into the middle of the hall, clapped his hands, and laughing, said, “At last, at last! The Old Man has realized the last word of Zen! No one can ever make light of him again!”

In this account, Deshan is a diametrically different person from the arrogant young seeker he was at the beginning of his spiritual journey. He displays no trace of enlightenment. There is no stink of holiness or arrogance about him. This is Deshan who bends with the wind; Deshan with no agenda. Unequivocally, he is not a great enlightened master, but an old, ordinary person living in a monastery. He is an embodiment of complete integration of absolute and relative. The two are indistinguishable now. They work completely in accord with one another.

The Peril At This Stage of the journey is that in acknowledging our inherent perfection we forget the critical value of the skillful means. We throw out the baby with the bath water. All of the devices and forms simply help us realize what is inherently there. All of them are specifically designed to disintegrate when their usefulness is exhausted. And, at this point of our train- ing, having seen through all of the forms, we realize that they are provisional. In reality, there isn’t a thing anybody can give anybody else. Everybody needs to accomplish themselves. Every person has every- thing they need. They are fully equipped Buddhas. They are born Buddhas and will die Buddhas. The only way to transform our life is to realize it personally. And the path of realization of our inherent perfection is covered with provisional, skillful means.

Master Bankei was an enlightened teacher in Japan. He realized himself when he was quite young. When he started to teach, he went around, saying to people, “You don’t have to do anything. You don’t have to meditate. Buddhism is not necessary! Just live in the Unborn!” All of his talks were essentially the message of “Just live in the Unborn.” Well, nobody realized it! He wasn’t very successful. It is true—all we have to do is to realize the Unborn— but how? The “how” is the form of skillful means. Form is indispensable. There are people who have spontaneously realized themselves; no question about it. But they are the exceptions, the spiritual geniuses who come one in a million. Ceaseless practice assures our realization no matter what our qualifications and credentials; no matter what our karma.

From Riding the Ox Home: Stages on the Path of Enlightenment. Copyright © 1999 by the Mountains and Rivers Order. Reprinted by permission of Shambhala Publications.