No was the night, says Stevens. Yes is this present sun. The night is the place of no desire, no satisfaction, no one who wants, nothing to hunger for. Yes is the place of endless desires. How do we navigate these two realms?

Katagiri Roshi said, In the relative world we’re always responsible, in the absolute we’re always forgiven. We’re forgiven because in the absolute there really is nothing to forgive, there’s no transgression, no wrongdoing. There is no right-doing either. Yet no one lives in the absolute. So in the relative world, we are always responsible. In the relative, the sun rises on our actions, our thoughts, our speech, our intent. It has the potential for light and clarity. But although it rises every day, it is also often shadowed by clouds, by our mental formations. Our clarity gets obscured by the stories we create, the mind that is never satisfied. But in moments of quiet, in moments of stillness and clarity, we see that the mind is naturally satisfied, that it is naturally complete. The mind that knows what it is, that knows what its own clarity and boundlessness is, does not hunger, does not lack. The mind that gets caught in rehearsing a thought all day does not know this. It cannot come in contact with this truth. It thinks it must sustain itself through speech—whether inner or outer speech—and feels deeply threatened when it’s not able to do that. 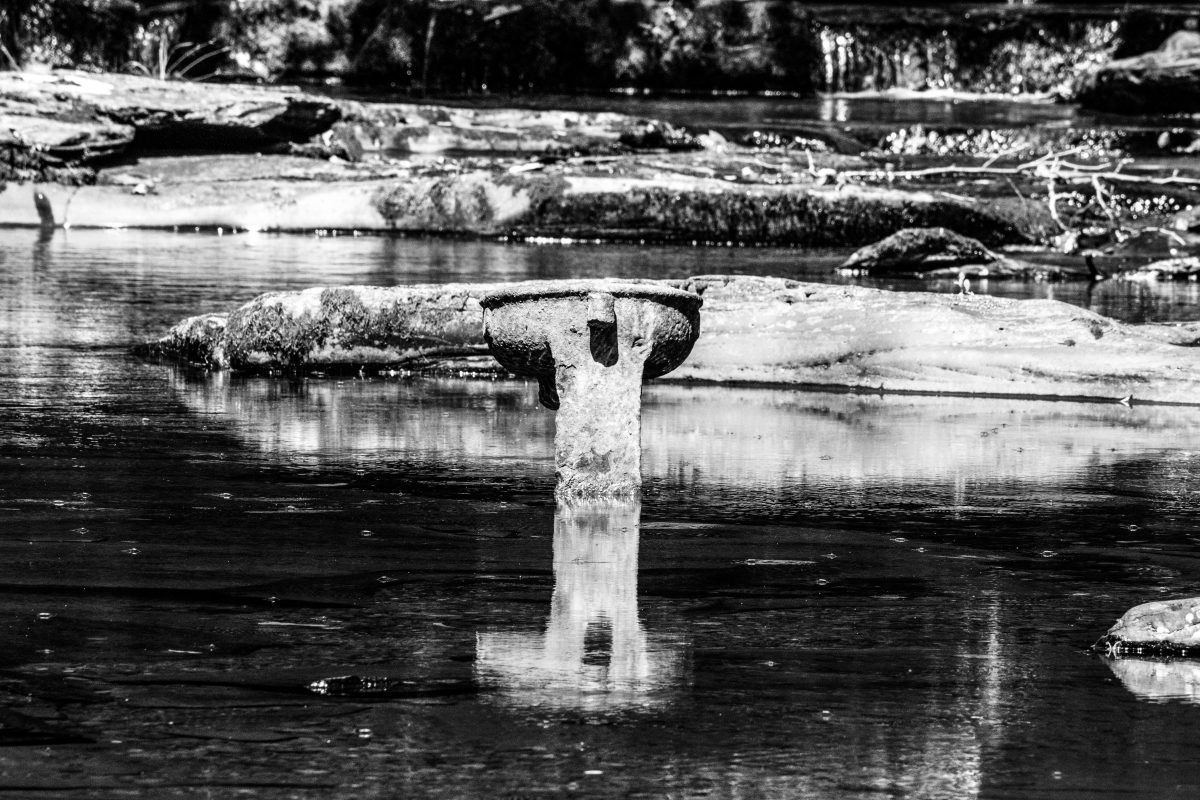 We are relational beings, and first and foremost we relate to ourselves. It’s almost as if we have to frame our experience with words, or it wouldn’t exist. So we tell stories to understand ourselves and reality. But talking to ourselves is also a self-soothing act. If I’m talking, that means I’m still here, I’m still me, and everything is as it should be. What happens when we truly let go of all the words?

In Body and Mind Study of the Way, Master Dogen says, This boundless sky and entire earth are like unrecognized words, a voice from the deep. Words are all-inclusive, mind is all-inclusive, things are all-inclusive. What does it mean to say that words are all-inclusive? Are there words that are not— that only convey parts of the truth? Later he says, A moment or two of mind is a moment of mountains, rivers, and earth, or two moments of mountains, rivers, and earth. Is that the moment that you’re standing looking at the mountain, or the moment that you’re on the mountain? When I say the word “mountain,” do you picture the same thing I do? Is the word “mountain” all-inclusive or not?

Recently I saw a TED talk by the Nigerian writer Chimamanda Ngozi Adichie called The Danger of a Single Story. After she published her first novel here in the United States, she was at a university giving a talk and a student raised his hand and said, “I just read your novel. It’s really a shame that Nigerian men are physical abusers”—referring to one of the characters in her book. In response she said to him, “I just read American Psycho. It’s really a shame that American men are serial killers.” Her point was that, having heard many and varied stories about Americans, she would never dream of making such an assumption. On the other hand, few Americans have heard many stories of Nigerians, and so we might   extrapolate in this way. We do this all the time, mostly without thinking. That is what a stereotype is—an oversimplification that creates a false sense of safety. I know who you are and where you stand, which means you cannot surprise me, you cannot hurt me.

Think of the many unexamined stories we tell ourselves. Women are provocative, men are aggressive. Mexicans are lazy, Americans are loud, the British are proper, Native peoples on any continent are naïve. When I was in college—a large college in a metropolitan American city—a fellow student, hearing that I was from Mexico, asked me, “When you were growing up, did you ride to school on a donkey?” I really wish I could think on my feet in those situations. I would have said, “Oh no, I didn’t go to school when I was growing up. My father is the head of a cartel and I’m taking over from him. This is all just for show.”

Of course, we could just say that he didn’t know better. He didn’t know that not everyone in Mexico rides donkeys as a form of transportation—though some people do. In one sense, it’s a harmless mistake. In another, it is dangerous, as Adichie said. It is dangerous because what we say reflects what we believe, or determines what we come to believe. 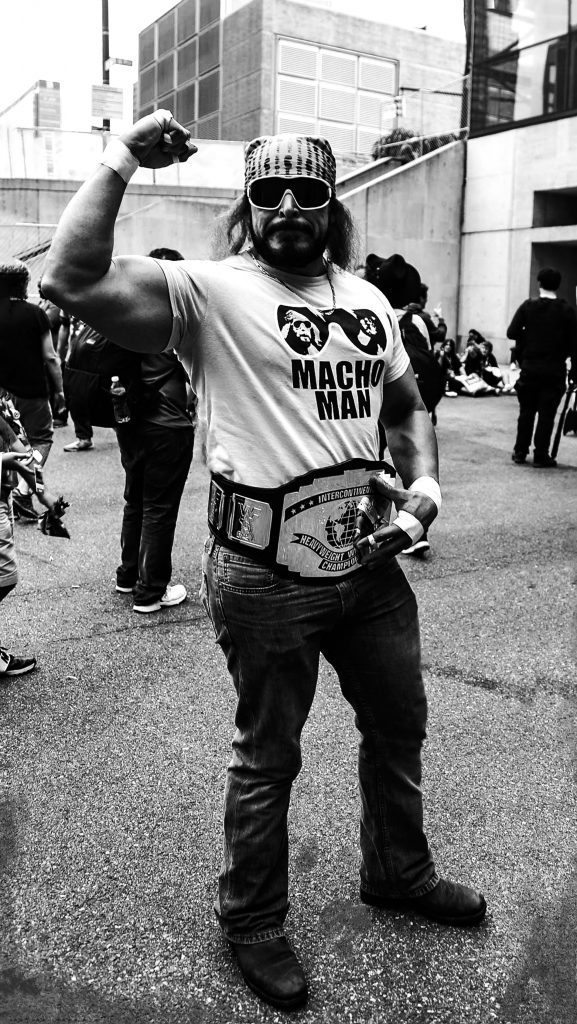 Words and phrases shape our view of ourselves and the world, which means they have an impact—and a powerful one. “I am depressed.” “I am no good at math, at art, at public speaking.” “I know better than they do.” “I am right.” I have asked myself many times, either in the midst of or after a confrontation of some sort, would I rather be right or would I rather be free? The fact is that ‘I’ would rather be right. ‘Me,’ my self, would rather be right. But what about the ‘I’ that brought me to practice? What about the ‘I’ that keeps working to let go so she can be free? How many ‘I’s are there?

In the midst of conflict, there is a certain point at which the fight stops being about the other person. At a certain point I’m no longer even seeing them. Instead, my effort shifts into establishing my ground, my territory. I am over here, you are over there. I am this way, you are that way. Let’s keep that clear and ourselves separate. And this happens, even though every day I am vowing not to establish any ground, any view, any place that will prevent me from seeing our unity. Yet almost every day, at some moment, some part of me chooses instead to be right, to be secure. It takes a long time to really shift this impulse toward a false sense of safety. It takes a long time to really trust that we don’t need that kind of ground.

But we could ask, if everything slides away, if nothing is fixed or solid, then what is the one thing that remains infallible? This is what we are all searching for—the thing that will not let us down. We turn toward pleasure, we turn toward status and power, toward a relationship and a job that will give us security, we turn toward our children and the promise that they’ll carry on our legacy. Yet sooner or later we understand that this is like building a house on stilts set deep in quicksand, or like erecting a skyscraper on a fault line. The slightest tremor and the whole thing threatens to come down. And although this fault line looks like a hair-line crack, underneath it is really a chasm.

Look at this single letter ‘I’, for example. A hair-line crack. There may not be another word in the English language with more power—the power to create and the power to destroy. The question is, will this ‘I’ include or exclude? Will it divide or unite? What is the shift that needs to happen in the mind that will determine one or the other?

I see that  truly infallible thing as the thing that will not fall, that will not crumble, that doesn’t leave you wanting. It is that place, that state of being in which we can rest completely.

In the sutras it says that before his enlightenment, the Buddha went off into the countryside in Magadha, looking for a place in which to settle, in which to sit down and turn towards his own mind. He goes searching, and this is what he finds:

I have always loved this passage. The Buddha understands that what he has to do will not be easy. He knows this because he has studied with and surpassed a number of teachers, he has done extreme ascetic practices, he’s been at the brink of death and realized that none of it freed him. Now he’s completely alone. And alone he searches for an “agreeable piece of ground.” He doesn’t go into a cave, he doesn’t sit down in any old field, he deliberately chooses a suitable place to let his mind and his body settle. Ultimately, he realizes that such a place is inside him and that he brings it with him wherever he goes. Why? Because it is all-inclusive. But for that initial turning, it helps to have a good place of practice.

It makes me think of Daido Roshi who, thirty-eight years ago, crawled through a broken window in the Monastery’s dining hall to look at this building someone suggested he buy to create a Zen arts center. I imagine him going up the stairs and into the hallway at the back of the zendo—which was then a chapel—and standing with his hands on his hips, maybe a cigarette in his mouth, and thinking, “This place will do for striving.” Probably not in those words, but some other combination that captured the feeling the Buddha had before his own striving.

At night we can’t see each other. At night we are all the same. No, not the same, but one. That’s why at night there are no differences and no basis for conflict.  But by daylight we are different. We are male, female, young, old, Buddhist, Muslim, Christian, Jewish. This means we must learn to see each other and listen to all of our stories that shape and reflect our lives. We must be willing to do this if we are going to get along.

First we have to go through all the ‘no’s, cut through our inner dialogue, so we can actually be present to what’s around us. So, in a period of zazen we deliberate naught our yeses—not this thought, not this movement, not this story, not these words, not right now. It’s like the teaching of the Heart Sutra: “No form, sensation, conception, discrimination, awareness. No eye, ear, nose, tongue, body, mind… no old age and death… no suffering, no cause of suffering, no extinguishing, no path, no wisdom, and no gain.” Not this, not this, not this. All of this effort, though, in order to get to that infallible ‘yes.’ In order to see that the boundless sky and entire earth are “like unrecognized words, a voice from the deep.” In the midst of profound stillness and silence, we hear this as a thundering voice with no sound, as words without meaning. And when we get to that final no, the only way through is into ‘yes’—because on it, not just the future world, but this world depends.

Vannessa Zuisei Goddard, Sensei is a teacher in the Mountains & Rivers Order and currently serves at the Monastery as Work Supervisor.

NextAccording to the Gospel of Yes