On Sunday, December 10, Shugen Roshi officiated Tokudo, the full Monastic Ordination, for Shea Zuiko Ikusei Settimi. During the morning ceremony at the Monastery she received the kesa, zagu, monastic bowl and lineage chart as well as the monastic name Zuiko, which means “auspicious peace.”

This step along Zuiko Ikusei’s path is the culmination of many years of residential and lay training in the Mountains and Rivers Order. Beginning practicing with the Order in 2004 while living in New York City, she soon joined the Monastery’s residential community and eventually became a postulant monastic at the Monastery in 2014. Zuiko Ikusei currently oversees the Monastery Store and is involved in a range of initiatives at both the Monastery and Fire Lotus Temple. 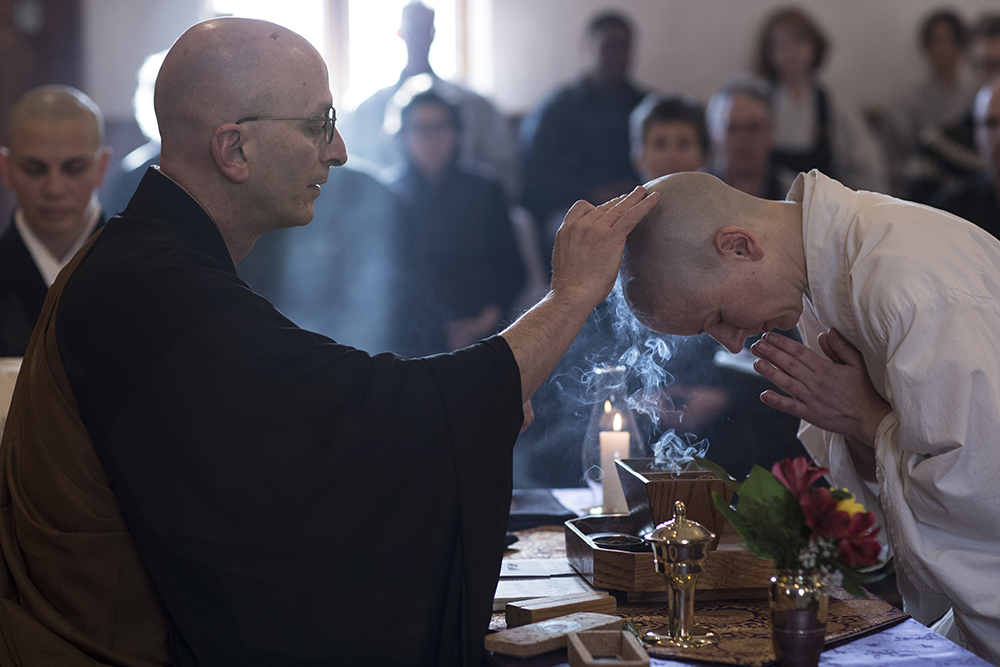 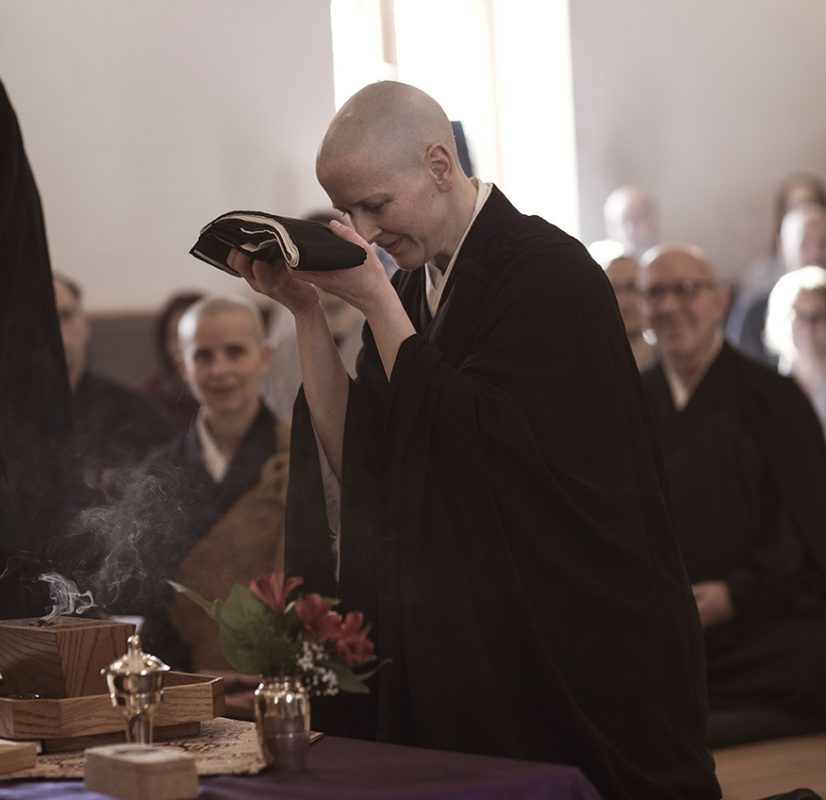 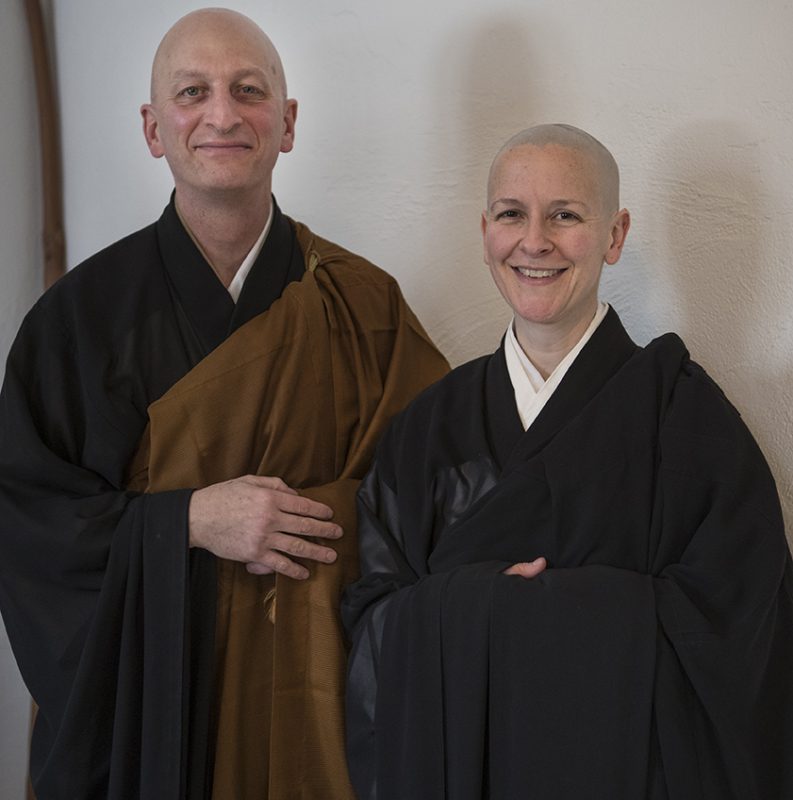 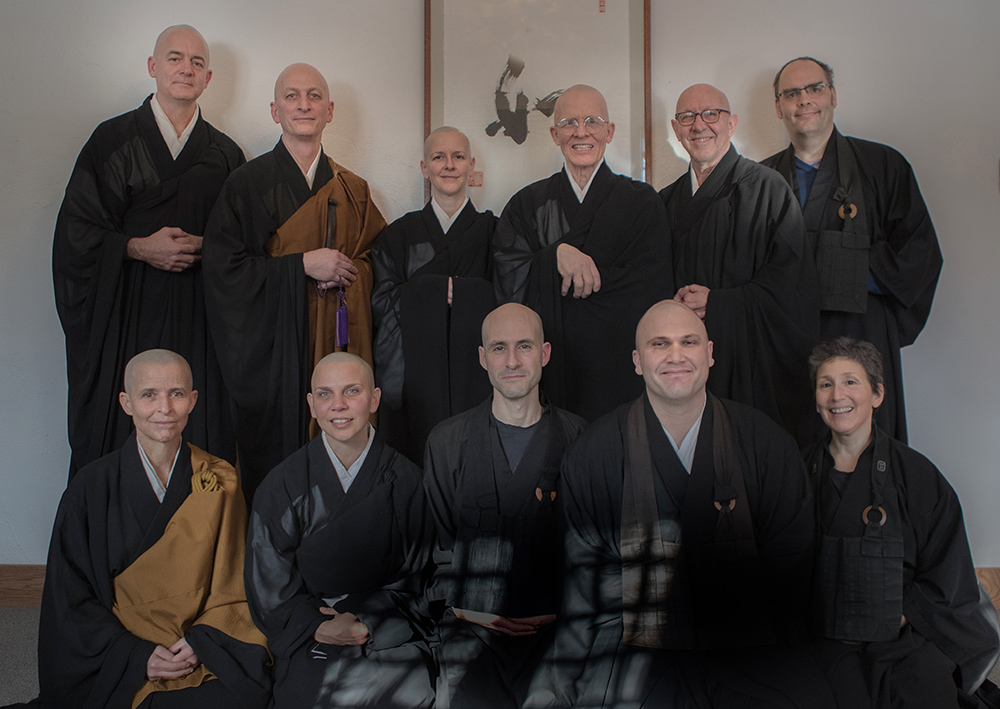 The full roster of monastics posing for a commemorative moment with Zuiko.

Auspiciously, Sunday also saw the conclusion of the Buddha’s Enlightenment Vigil at the Monastery and at the Temple, honoring the awakening of Shakyamuni Buddha upon seeing the morning star. During the morning program Shugen Roshi offered this poem:

Here today,
we bring life to your gift of the deathless.
Because it is not yours to give,
we bow in deepest gratitude.
Because it is beyond all knowing,
it is the Great Compassion.

NextAsk the One Who Knows