The monastic calling can sweep up the young in their daisy-eyed enthusiasm. It can take root in older practitioners, too: a penchant for absolute commitment previously unknown to the individual. It can also burn steadily, if flickering, throughout decades of practice, finally being realized when circumstances come together or after a very long period of discernment.

So it would seem for Robert Ricci, who began practicing Zen in the late 1960s, studied for a number of years at Rinzai-ji and Mount Baldy in Southern California, then in New Mexico; moved to New York in the 1990s and began practicing at Zen Mountain Monastery, receiving the precept name Moshin (“Strong Heart/Mind”) from Daido Roshi in 2008; and finally entering residential training in 2013. 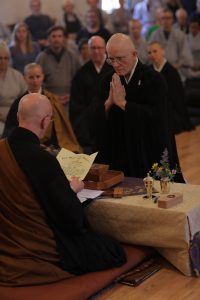 On Sunday, July 9, 2017, Moshin was fully ordained as a monastic in the Mountains and Rivers Order, with his teacher Shugen Sensei giving him the ordination name Rakusan (“Joyfully Relaxed Mountain”). 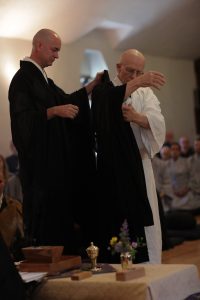 Gokan helps Rakusan with his robe and okesa. 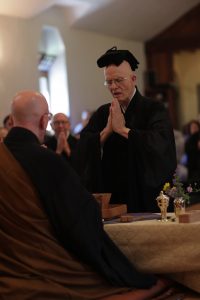 Chanting the Verse of the Kesa. 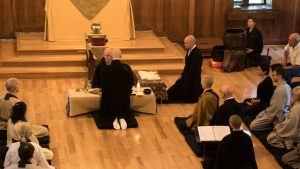 Monastic ordination (tokudo, in Japanese) includes a renewal of the Sixteen Bodhisattva Precepts plus a commitment to the 5 additional vows of a monastic in the Mountains and Rivers Order: A vow of simplicity, stability, service, selflessness and practicing the Buddha Way.

Rakusan has already left an indelible mark on the many people who come to the Monastery where they might work alongside him on Buildings and Grounds projects or find themselves in a relaxed and joyful conversation about poetry or music—two of Rakusan’s life-long passions—in the dining hall. 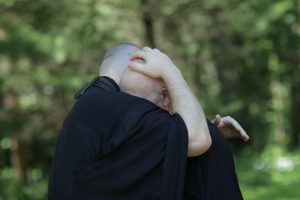 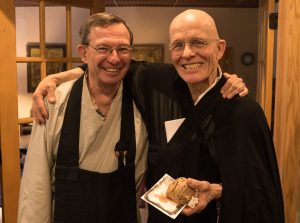 Following the ceremony, he was warmly congratulated by his fellow monastics, several family members, and numerous friends. 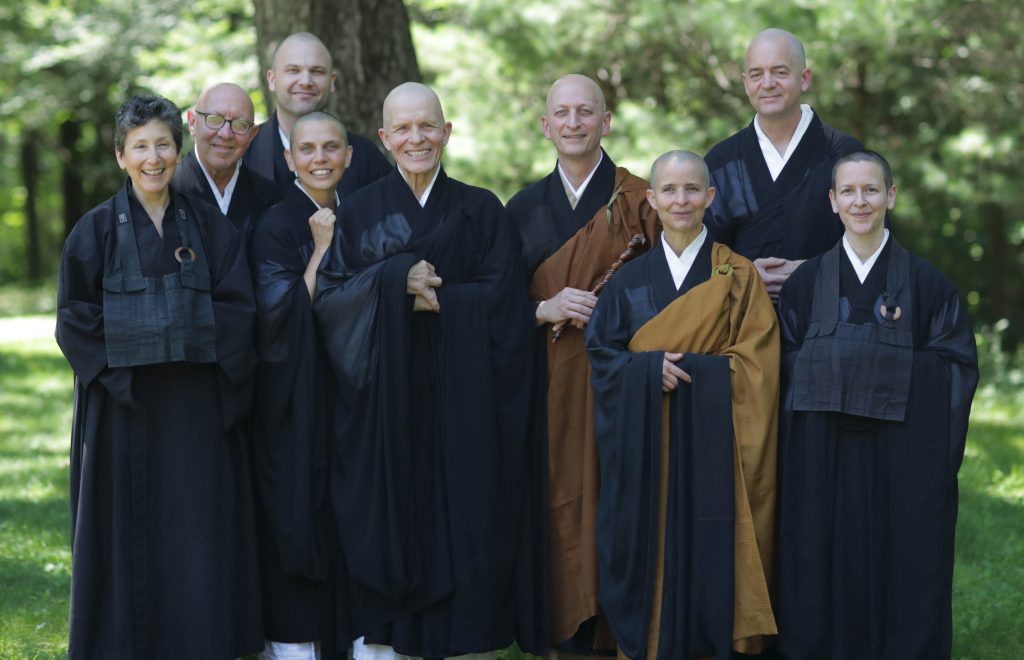 Listen online to the complete tokudo ceremony for Rakusan Moshin by clicking HERE.