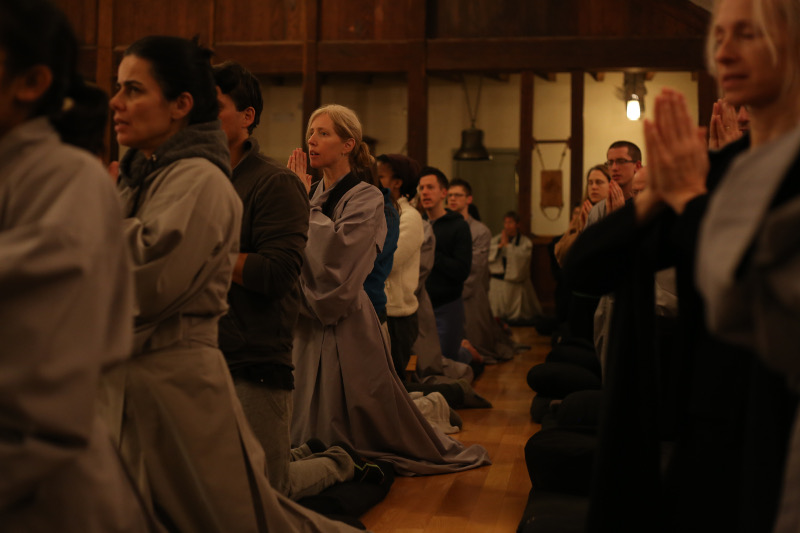 The sangha chants the Four Vows during fusatsu, or renewal of vows ceremony.

Shugen Sensei officiated a fusatsu, or renewal of vows ceremony, shortly before midnight on Saturday, December 31st as the Monastery’s Rohatsu Sesshin drew to a close. The ceremony included a talk (video below) on the precepts, or moral and ethical teachings, and Sensei finished by encouraging the sangha to use the final minutes before midnight to reflect on their vow for the New Year. 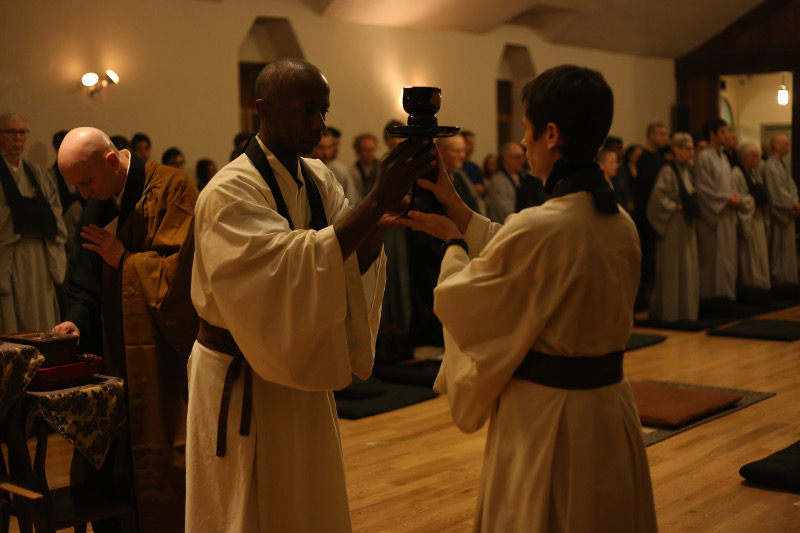 Kaishu and Zuisei making a food offering at the beginning of the New Year’s service.

At midnight, the Temple instruments signaled the arrival of the New Year, and Sensei officiated a New Year’s entering service. After entering the zendo and offering incense, there was a food offering, and Shugen offered a poem for the New Year. While chanting the Heart Sutra, the sangha offered incense, making their personal vows for 2017. 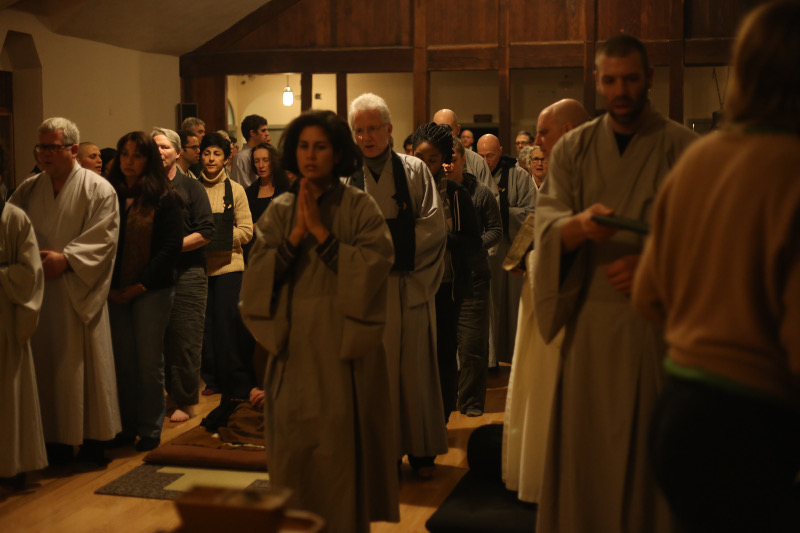 The sangha lines up to make an incense offering for their personal vows for 2017.

for the New Year ~

A cold wind at midnight –
circles the earth, pervades the heavens;
Everything is so clean and fresh.

Now, on this hallowed ground
Let your gaze be clear and long.

Find your courage –
the time for being idle and restless has passed
and a new year calls –
to bring you this closer,
to share you so larger.
See? So vast and wide,
even the sky can’t contain it.

Now, come with me – naked and simple –
Into the scars of the burning.
Let us together
Be the medicine and the song.