The miracles I am speaking of are the daily activities of buddhas, which they do not neglect to practice. There are six miracles [freedom from the six-sense desires], one miracle, going beyond miracles, and unsurpassable miracles. Miracles are practiced three thousand times morning and eight hundred times in the evening. Miracles arise simultaneously with buddhas but are not known by buddhas. Miracles disappear with buddhas but do not overwhelm buddhas.

Miracles occur equally in heaven and on earth. Miracles occur throughout practice and enlightenment whenever buddhas search in the Himalayas or practice like a tree or a rock. When the buddhas before Shakyamuni Buddha appeared as his disciples, bringing a robe and a stupa to him, he said, “This is a miracle caused by the inconceivable power of all buddhas.” Thus, we know that this miracle can also happen to buddhas now and buddhas in the future.

Guishan is the thirty-seventh ancestor, a direct descendant of Shakyamuni Buddha. He was a dharma heir of Baizhang, Zen Master Dazhi. Today, buddha ancestors in the ten directions, even those who do not call themselves descendants of Guishan, are all in fact his remote descendants.

One day, while Guishan was lying down, Yangshan Huiji came to see him. Guishan turned to face the wall.

Yangshan said, “I am your student. Please don’t be formal.”

Guishan started to get up.

Guishan said, “Let me tell you about my dream.”

Guishan said simply, “Would you interpret my dream for me? I want to see how you do it.”

In response Yangshan brought a basin of water and a towel. Guishan washed his face and sat up. Then Xiangyan came in.

Guishan said, “Huiji and I have been sharing miracles. This is no small matter.”

Xiangyan said, “I was next door and heard you.”

Guishan said to him, “Why don’t you try now?”

Xiangyan made a bowl of tea and brought it to him.

Guishan praised them, saying, “You two students surpass even Shariputra and Maudgalyayana with your miraculous activity!” 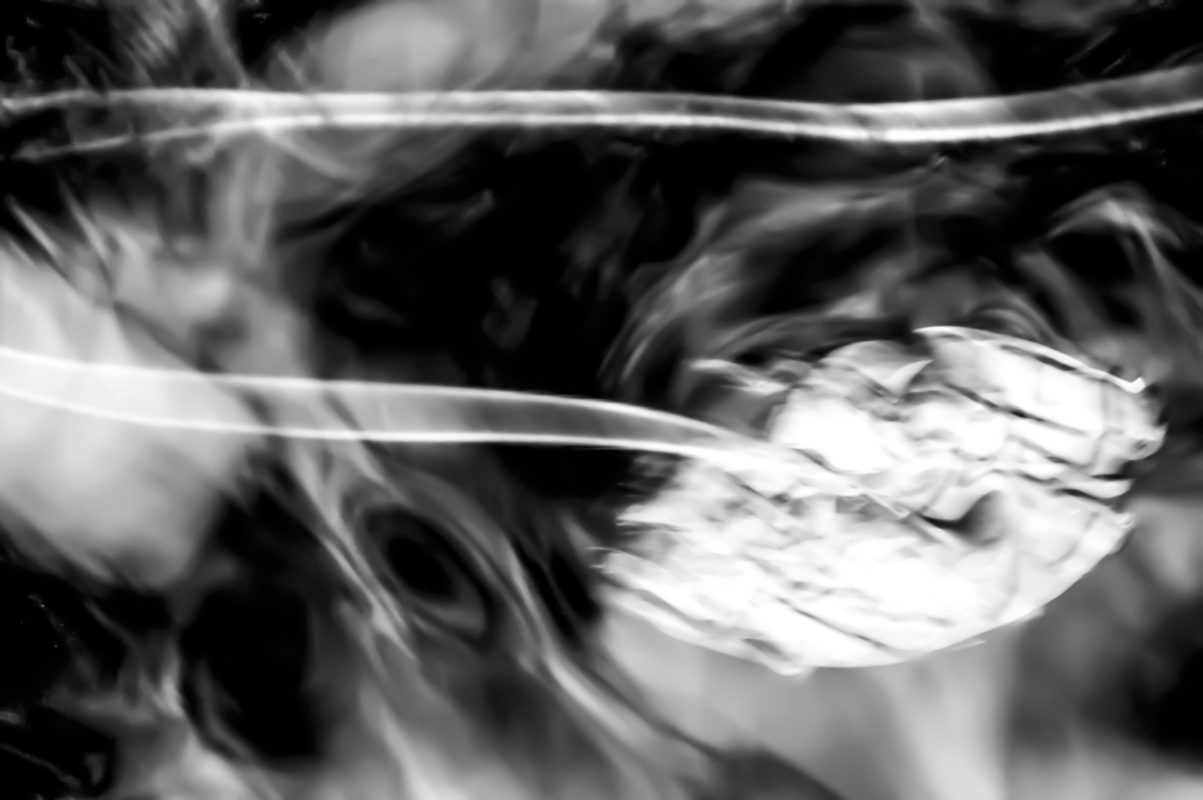 When we study Guishan’s miracles, we see that they were unsurpassable; each action was extraordinary. Beginning with Guishan lying down there are: turning to face the wall, getting up, calling Huiji, talking about the dream, washing his face, and sitting up. Yangshan leaned forward to listen, and brought a basin of water and a towel. Guishan then described this as: Huiji and I have been sharing miracles. Study these miracles.

These ancestors who authentically transmitted buddha dharma talked in this way. Do not merely interpret it as Guishan expressing his dream by washing his face. Regard their interaction as a series of miracles.

Guishan said, This is no small matter. His understanding of miracles is different from that of practitioners who follow the Lesser Vehicles, have limited understanding, or hold small views. It is not the same as that of bodhisattvas of the ten stages and three classes. People of limited views study minor miracles and attain limited understanding. They do not experience the great miracles of buddha ancestors.

These are miracles of buddhas, and miracles going beyond buddha. Those who study such miracles are beyond the reach of demons or those outside the way. Teachers and interpreters of sutras have never heard of this teaching, nor would they have accepted it even if they had heard. Rather than studying great miracles, teachers and interpreters of sutras, those outside the way, and practitioners of the Two Lesser Vehicles study minor miracles.

Great miracles are not like that. The teaching, practice, and enlightenment of buddhas are all actualized through miracles. They are actualized not only in the realm of buddhas but also in the realm of going beyond buddhas. The transformative power of miracle buddhas is indeed beyond thinking. This power appears before the buddha bodies appear, and is not concerned with the past, present, or future. The aspiration, practice, enlightenment, and nirvana of all buddhas would not have appeared without buddha miracles. 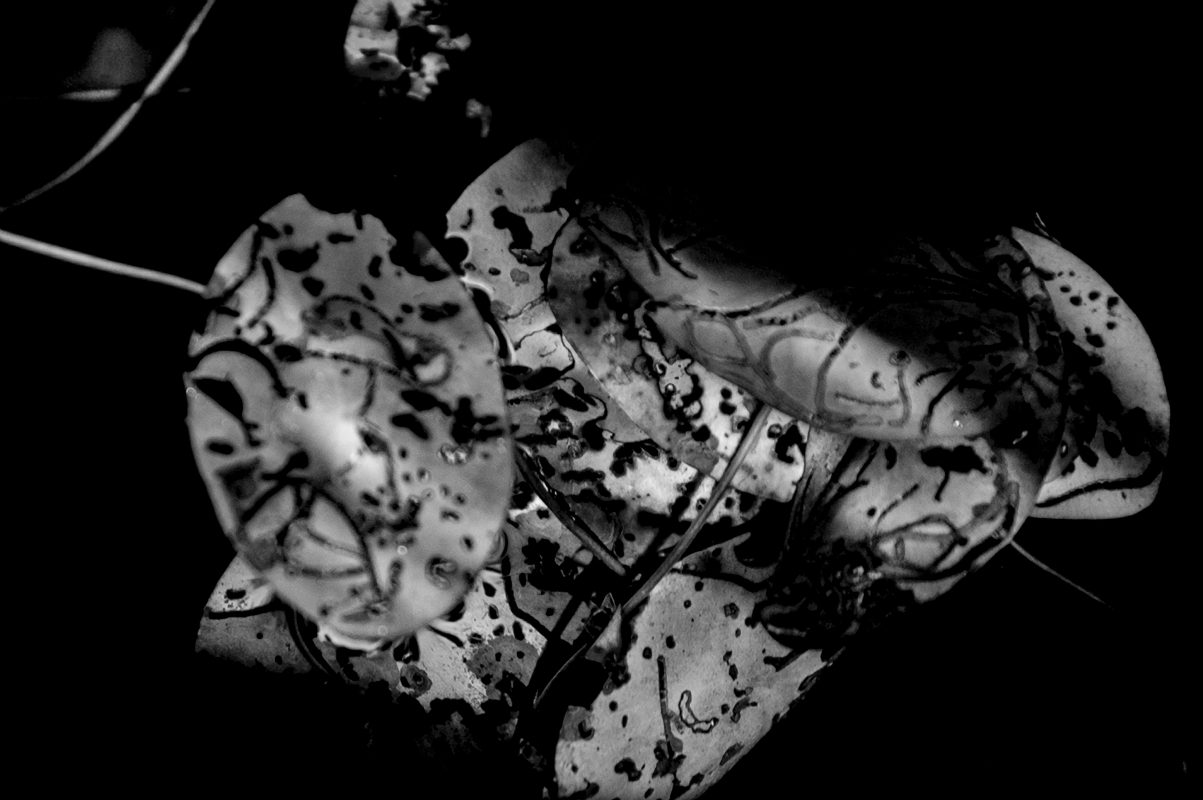 Layman Pangyun was an outstanding person in the ancestral seat. He not only trained with Mazu and Shitou, but met and studied with many enlightened teachers. One day he said, “Miracles are nothing other than fetching water and carrying firewood.”

Thoroughly investigate the meaning of these words. Fetching water means drawing and carrying water. Sometimes you do it yourself and sometimes you have others do it. Those who practice this are all miracle buddhas. Although miracles are noticed once in a while, miracles are miracles. It is not that things perish or are eliminated when they are unnoticed. Things are just as they are even when unnoticed. Even when people do not know that fetching water is a miracle, fetching water is undeniably a miracle.

Carrying firewood means doing the labor of hauling, as in the time of Huineng, the Sixth Ancestor. Even if you do not know that miracles happen three thousand times in the morning and eight hundred times in the evening, miracles are actualized. Those who see and hear the wondrous activities of miracles by buddha tathagatas do not fail to attain the way. Attaining the way of all buddhas is always completed by the power of miracles.

Causing water to spout out of the head is a practice of the Lesser Vehicles. It is merely a minor miracle. On the other hand, fetching water is a great miracle. The custom of fetching water and carrying firewood has not declined, as people have not ignored it. It has come down from ancient times to today, and it has been transmitted from there to here. Thus, miracles have not declined even for a moment. Such are great miracles, which are no small matter.

Dongshan Liangjie, who would later become Great Master Wuben, was once attendant to Yunyan, who said, “Liangjie, what are miracles?”

Dongshan politely brought his hands together at his chest and stood near him.

Yunyan asked again, “What are miracles?”

Dongshan bade farewell and walked away.

In this story, words are heard and the meaning of miracles is understood. There is merging, like a box and its cover joining. Know that it is a miracle to have a disciple like Dongshan who does not veer off, or to have a high ancestor like Yunyan who does not come forward. Do not think that the miracles they are speaking of are the same as those outside the way or in the Two Lesser Vehicles. 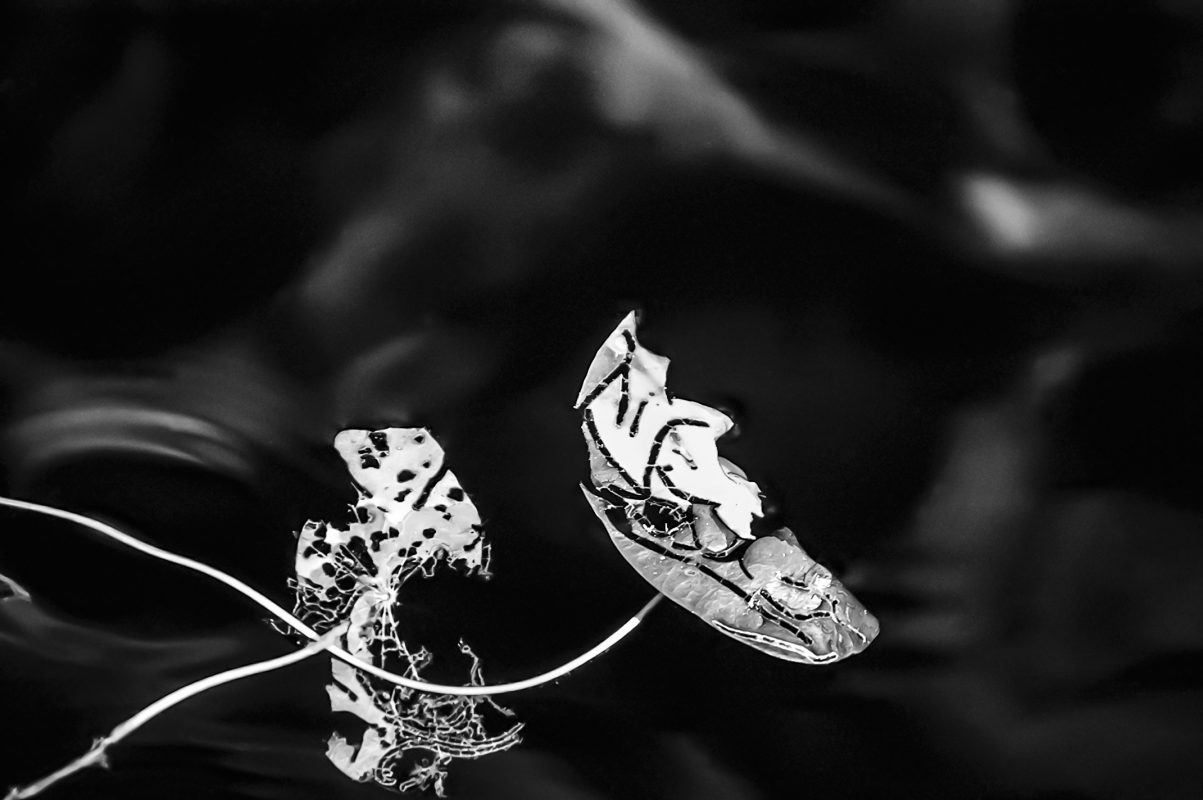 Miracles have the power of being activated by a mustard seed and responding to a tuft of hair. Miracles arise, abide, and return to the source beyond the reach of consciousness. The various aspects of buddha miracles are beyond long or short—how can this be measured by discriminatory thinking?

The Buddha called to him, “Sorcerer.”

The Buddha said, “What miraculous power are you asking about?”

According to an old teacher, the excellent marks of the Buddha Tathagata’s body are listed to accommodate the needs of people’s minds. To counter the common tendency toward nihilistic views, such provisional names as the thirty-two marks or the eighty appearances of the Buddha are used as expedient means. But they are imaginary concepts. Such a body is itself not awakening. Having no form is the Buddha’s true form.

You say that the Buddha’s six types of miracles are wondrous. Devas, sorcerers, fighting spirits, and demons also have miraculous powers. Are they buddhas? Followers of the way, do not be mistaken. A fighting spirit defeated by Indra took his eighty-four thousand retainers and hid inside a hole of a lotus root. Do you call this a miracle?

The miracles I have described [of these devas, sorcerers, fighting spirits, and demons] are the result of past actions or present situations. But the six types of miracles of a buddha are different. A buddha enters forms, sounds, smells, tastes, touchables, and objects of mind and is not confused by them. Thus, a buddha masters the six-sense objects, which are all marked with emptiness. A buddha is free of conditions. Even having a body of five skandhas accompanied by desire, a buddha does not depend on anything. A buddha practices miracles that are grounded on the earth.

Followers of the way, a true buddha has no form, and the true dharma has no marks. From your mind’s illusions, marks and appearances are created. What you get is a wild fox’s spirit, which is the view of those outside the way, and not of a true buddha.

The eyes, ears, nose, and tongue are not defiled by form or formlessness. This nondefilement is called receiving the four-line verse of vows and receiving the four fruits of the arhats. Leaving no trace in the six sense organs is called the six types of miracles. Not to be hindered by either form or formlessness, and not to depend on intellectual understanding, are miracles. Not abiding in these miracles is called “going beyond miracles.” A bodhisattva who goes beyond miracles does not leave traces. This is a person going beyond buddha. It is a most wondrous person, a heavenly self.

The miracles transmitted by buddha ancestors are as Bai described. A miracle buddha is one who goes beyond buddha, a most wondrous person, an uncreated self, a bodhisattva of going beyond miracles. Miracles do not depend upon intellectual understanding, do not abide in themselves, and are not hindered by things. There are the six types of miracles in the buddha way, which have been maintained by buddhas ceaselessly. There has not been a single buddha who has not maintained them. Those who do not maintain them are not buddhas. These six types of miracles leave no trace in the six sense organs.

An old teacher [Yongjia] said, “The six types of miracles are neither empty nor not empty. A circle of light is neither inside nor outside.”

Neither inside nor outside means leaving no trace. When you practice, study, and realize no-trace, you are not disturbed by the six sense organs. Those who are disturbed should receive thirty blows.

The six types of miracles should be studied like this. How can those who are not authentic heirs of the buddha house learn about this? They mistakenly regard running around inside and outside as the practice of returning home.

The four fruits of the arhats are the essentials of the buddha way. But no teachers of the Tripitaka have authentically transmitted them. How can those who study letters or wander in remote lands receive these fruits? Those who are satisfied with minor achievements cannot master them. The four fruits are transmitted only by buddha and buddha. The so-called four fruits are to receive the four lines of verse, and this means that eyes, ears, nose, and tongue are undefiled by all things. Undefiled means unstained. Unstained means undivided mind—“I am always intimate with this.” 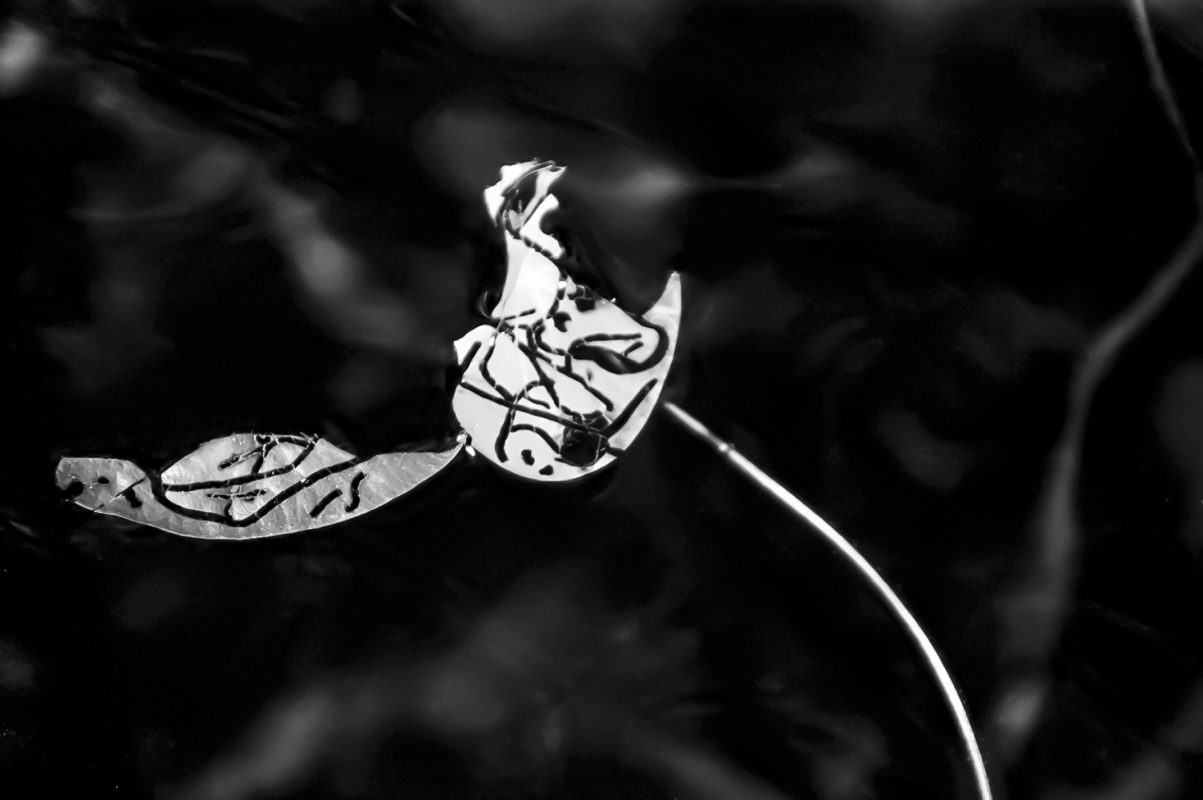 The six types of miracles and the four fruits of the buddha way have been authentically transmitted in this manner. Know that anything different from this is not buddha dharma. Thus, the buddha dharma is always actualized through miracles. When actualized, a drop of water swallows the great ocean and a speck of dust hurls out a high mountain. Who can doubt that these are miracles?

Presented to the assembly of the Kannondori Kosho Horin Monastery on the sixteenth day, the eleventh month, the second year of the Ninji Era [1241].

Eihei Dogen (1200-1253) founded the Soto School of Zen in Japan after traveling to China and training under Rujing, a master of the Chinese Cadong lineage.

From Treasury of the True Dharma Eye: Zen Master Dogen’s Shobo Genzo, Volume I, edited by Kazuaki Tanahashi. Copyright ©2010 by the San Francisco Zen Center. Reprinted by arrangement of the Permissions Company, Inc. on behalf of Shambhala Publications, Inc.